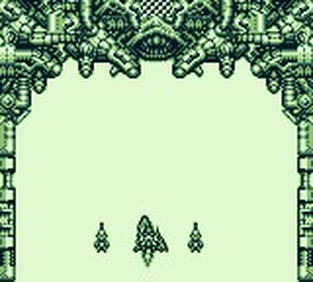 +/-
Lose weapon upgrades after dying (can be bad due to fairly frequent checkpoints and not being guaranteed to get any upgrades before a boss if you died at it - not overwhelming though)
sound only indication that you're damaging a boss
can't shoot down/backwards or to the sides
no ship speed options or upgrades?
power up distribution is independent of how well you play?
power up containers fly off screen fairly quickly if you don't destroy them
minor slowdown

-
No alternate weapons
trial & error (boss patterns, level hazards, some attacks from behind)
no invincibility time after taking a hit with the shield on
some flicker
fake transparency flicker effect is pretty noticeable (emulation issue?)
weak explosion sfx overall
​a bit short (25-30 mins if you don't die)
​