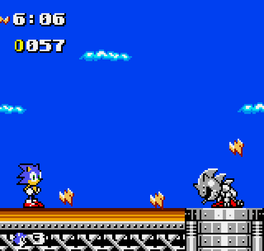 ​
+
Mostly a pretty faithful port of Sonic 2 except with new level designs and bosses plus different music in most parts (Aquatic Ruin is
mixed with Lava Reef 2 for the boss room (in which you face Knuckles) and Metropolis is mixed with Scrap Brain from S1, final boss scene looks like in S&K)
Easier to stop in slopes
Pretty fast paced and smooth (impressive port of the S2 special stages, the lower res makes it harder to react to hazards though) Some bosses are actually a bit better (level 1)
2-player vs. via link
Nice ending cutscene

+/-
Harder overall than Sonic 2 MD (harder traps and bosses, harder to get 1-ups, much fewer rings are dropped when Sonic is hit and it takes longer before you can pick them back up, pits in zone 2, harder special stages)
Renamed zones for no reason
Sonic 1 style special stage requirement (70? rings at end of level)
Easier underwater part in Aquatic Ruin
Can stand on the explosions from gigantic angel zone boss's bombs
New collectible (puzzle pieces for literal puzzle mini-game - meh), can only play as Sonic alone (Tails is 2-player only?), Adventure style robotnik/eggman design and Sonic has green eyes, can't keep bouncing on robotnik more than twice due to a longer invincibility time

-
Some music is from Sonic 3 and doesn't fit that well (Angel Island in Chemical Plant for example)
Sonic has slower acceleration and is a bit more slippery when turning
Trial & error (leaps of faith, boss patterns, some cheap enemy placement)
A bit less variation in the level designs (missing some enemies and hazards)
Can only get to the special stage in act 1 of each zone
Easy doomsday zone boss with sky sanctuary as a theme of all things
Some annoying bouncy parts in cazino night (seems the pinball-like launcher is inconsistent), a bit short - missing several zones compared to S2 (mystic cave, oil ocean, hill top), 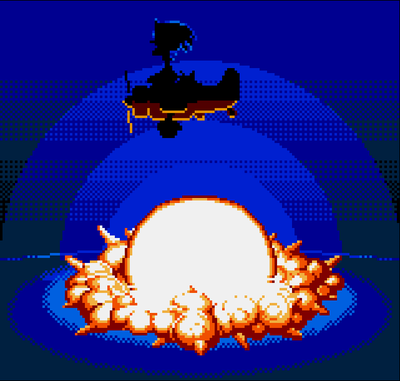 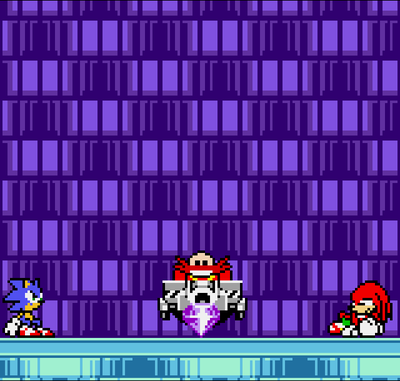