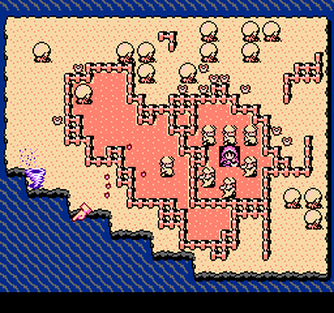 ​
+ 2-player vs. mode, adds a single player mode with more variety and basic mission briefings (environments: night time, forest, desert, winter), good art direction, nicer presentation (cutscenes after victory, animated menu icons), adds infantry that try to infiltrate your base during the build & fix phase, can place one last wall piece after the timer runs out, difficulty options (practice, easy-hard), control options (crosshair acceleration, button layout, alignment?), various settings (they all play mostly the same though - get attacked by larger moving units (two types of tanks in the modern setting) which can tear down walls in in the combat phase, get attacked by infantry in the build & fix phase (moves towards your forts) - need to wall them in or shoot them to defeat them, whirlwinds in the red riding hood and knight setting - moves super fast and destroys walls), pretty detailed vs. mode options (change the timer, give either player various handicaps, etc.), some voice samples (OK quality), larger boss-like creatures in some settings, password save (short),

+/- Turn limit to each mission, pretty steep difficulty curve, default crosshair movement is pretty sluggish (accelerates only after holding down a direction for a bit) and fastest acceleration is too much, can't see the timer during the combat phase (there's a noise when it's running out though), random element to the wall pieces and you can't skip an unwanted piece, you gain very few points during the combat phase, can't play as attacker only

- Trial & error (can't see the enemy units during deployment (so not until combat or build & fix starts) and can't see the next batch of tanks during build & fix - you could see them in the original and most ports, can't see the next wall piece in the order (Tetris)), sometimes uneven difficulty, no ships, no water animation, short delay after placing each piece, no 2-player co-op mode, can't pause, combat phase is shortened if there are no enemy tanks left, only whirlwinds can destroy trees, somewhat slow phase transitions