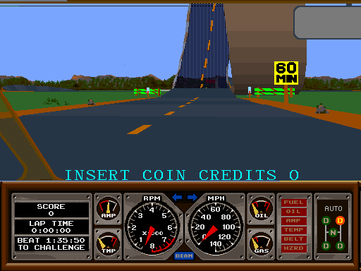 Aliens (ARC, 1990) - Beat 'em up/Run 'n Gun, Rail Shooter and side view segments, 2-Player co-op
-Good visual variation, radar showing enemy locations in the side view segments, good animation overall, good number of sprites on screen at once, large and detailed sprites, move while shooting (MM1) and crouch while moving and shooting (it's slower though) - unusual for a slanted view beat 'em up, get to control the mech from the movie, good use of QTE during the final boss, some cool weapons (flamethrower, homing rockets), satisfying sfx, slightly diverging paths in some stages, mini-bosses, bombs (rare, small area of effect)

​Blue's Journey (ARC, 1990) - Action Platformer, 2-Player Co-op (player 2 can jump in at any point), Hop 'n Bop, AA/RPG elements
-Shops (buy different weapons and gear - for example a safe that lets you keep items for longer) and NPC encounters (similar to Wonder Boy in Monster Land), alternate paths through levels, choose your own path (between two levels at a time?), good enemy variation, turn small at one point (run faster and jump longer - similar to NSMB, can't attack), item inventory, warps at a cost (can select destination but the further you want to go the higher the price), duel and other mini-games (similar to Yoshi's Island), pick up and throw enemies (can stack several enemies on top of each other before throwing for a wider projectile), can choose not to fight bosses (causes a fake game over screen), smart bombs, alternate endings, good bosses overall, etc.

Magic Sword (ARC, 1990/SNES?) - Action Platformer/Hack 'n Slash w/ AA/RPG elements, 2-Player Co-op
-Plays like a mixture of Astyanax/Alisia Dragoon/Black Tiger (features familiar/sidekick characters that attack when you do and can be killed and leveled up for example), pick starting level out of ~6 floors, weapon upgrade which can be dropped if you take too much damage but you can pick it up again, good enemy and background variation, some enemies can open chests and eat the key in them (you get it back by killing them), smart bomb (costs life), gameplay tips in some level transition scenes, some large and detailed sprites, alternate bad ending (yes/no prompt at the end), hidden chests which can be detected by having the crystal ball, dialogue text can be sped up, HP drains like in Wonder Boy but the speed can be adjusted here, 6-way aiming with the wizard sidekick

Blood Bros. (ARC, 1990 or 1991?) - Cabal-like, 2-player Co-op
-Wild west setting, second player character is native american, throw dynamite at airplanes and zeppelins, tons of sprites on screen without slowdown, good bosses overall (final one has several parts to destroy, two of them move back and forth in the background and one of these (giant snake) has some nice sprite scaling on it), destructible environment (extra points for larger targets, several levels of damage), two dodge moves (invincibility during them but you can't cancel or change direction while performing them), most enemy projectiles can be shot down, many large and some very large sprites, somewhat comical (your avatar 'dances' into the horizon after you beat a stage like in Cabal), can gain more dynamite by juggling a tin can over and over in each level, temporary machine gun power up (Dynamite Duke), can't credit feed during boss fights (the fight resets), 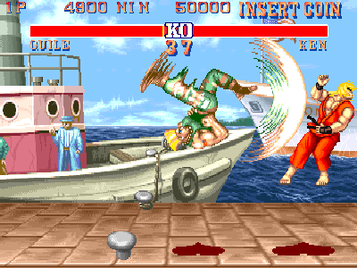 Growl (ARC/MD, 1991) - Beat 'em up w/ some Platforming, 4-Player Co-op (1-Player on MD)
-Animal rights theme (fight poachers), some bizarre over the top elements (a spiked ceiling falls and kills all enemies on screen when continuing (not always though), the bad guys are controlled by a giant caterpillar, some bosses throw cars and even tanks), ranged weapons, blow enemies to pieces with the rocket launcher, animals sometimes attack enemies as they run away (shredding them to pieces), many sprites on screen at once, grenades which bounce off of walls and your character (if it hits the chest/head), some large sprites and a multi-jointed final boss, enemies can hit each other with certain attacks, pretty good voice samples and fairly impressive FM music, mini-games (free animals from cages), pits (train roof segment for example), tackles and throws (can only throw enemies who are on their fours), four different characters (very similar though besides their stats), some dialogue during gameplay (RCR style), can switch character after using a credit

Bomberman/Dynablaster (ARC, 1991) - Maze Action, 4-Player Co-op (no vs. mode), Killathon;
-Several levels of upgrades (speed, blast size, number of bombs you can place at once), remote controlled bombs power up, temporary invincibility power up, some large sprites, some good bosses like the bouncing star that splits into smaller and smaller stars, expressive sprites, pretty satisfying sfx, some interesting enemies (dragon that can trigger bombs, teleporters, enemies that hide in blocks),

Detana!! Twinbee (ARC, 1991/SAT, 1995) - Vertical Shoot 'em up, 2-player Co-op;
-Cutesy theme (except for the final boss), charge shot (air to air only), clone trail power up, a non-intrusive text pop-up tells you what you've just picked up, pretty good variation, air and ground attacks, shield power up (only appears on levels 1-2?), some good bosses (the third one makes you use the charge shot to spin its shield and reveal the weak point), ship linking power up (link to the green ship to gain a shield to the side you chose (1 extra hit) and extra fire power), smart bombs (trigger when touched, rare), some nice effects (parallax, scaling, linescrolling for a pseudo 3D effect on one of the backgrounds, raster effects), large and detailed bosses overall, pretty impressive music​ 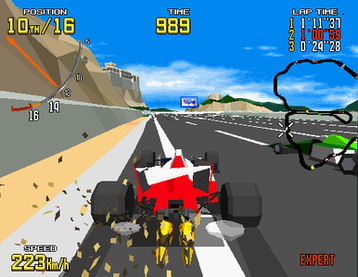 Golden Axe: Revenge Of Death-Adder (ARC, 1992) - 4-player Co-op BEU, Some platforming segments
-Manually rescue people and some creatures from cells, catch enemies while they're talking or eating (the latter will throw their food on the floor), torch switches in dark segments, optional switch puzzles, eat squid tentacles after cutting them off, beaten enemies leave corpses), some branchin paths, good visual variation and overall animation, new and better mounts (can jump attack, can pick up stuff while mounted - even the small turret weapons!), pretty good use of scaling effects overall, satisfying sfx, pretty nice spell effects, co-op move (go near a stunned enemy and attack at the same time), mounts carry over to the next level, running tackles (GA1), ranking system (same as in the prequel) 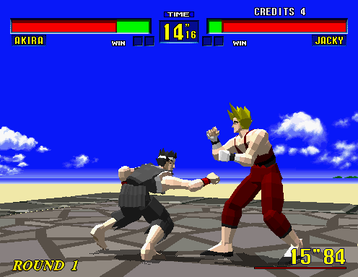 1993:
Virtua Fighter (ARC, 1993) - 3D Fighting, 2-Player Vs.
-Replay feature (skippable)
-Can hit a knocked out opponent with a special jump attack
-Can side-roll after being knocked down
-Good animation for the time
-Alternate outfits (hold up)
-Basic lighting effects and face textures, decent character roster (smaller than in SF2 though at 10 chars), can block some throws, some unintentionally (?) funny moves and sfx - check out the facial expressions, ring outs, blocking and throws (SF2), pretty impressive music, metal character (later used in Mario 64) 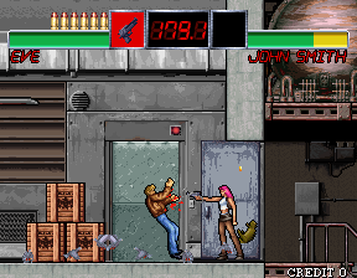 Alien vs. Predator (ARC, 1994) - Beat 'em up, 3-Player Co-op (no friendly fire), one shooter segment and one SF2 mini-game style "beat up the machine" segment;
-Four different characters to choose from (some differing moves and weapons), solid amount of moves and weapons (mid-air throw, wall bounce, dash stab, pile driver, mid-air ranged attack, break out move, uppercut), each character has a default firearm and melee weapon (the latter can be dropped), fast paced and fairly intense, decent storytelling for a beat 'em up (each cutscene can be fast forwarded as well), unlimited ammo power up (timed, gain one after each credit used), good animation, decent combo options (team juggling, wall bounce with predator, grab two discs and keep throwing them, attack enemies bouncing off of the floor from a previous attack), health and ammo power ups stay on screen so you can be tactical and grab them when needed, block attacks by using the "break out" move (press any two buttons at the same time), the "break out" move barely costs any life to use (hits enemies around you, doesn't work when grabbed or lying down), 8 difficulty levels (config screen is hidden) 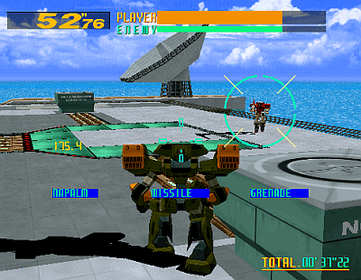 ​​DonPachi (ARC, 1995) - Vertical Shoot 'em up, Bullet Hell Shooter, 2-Player Co-op
-Three different ships - can change after using a credit, intense action, rapid fire/laser shot dynamic (move slower but do more damage with the constant/laser beam), auto-fire option, perky commentator throughout the game, semi-hidden items (points?), seven levels of upgrades for the weapon (every other level increases the rate of fire), two different bomb types (laser or smart bomb, both protect you from enemy bullets), respawn on the spot (most weapon power ups and 1-2 bombs drop from where you died plus you regain 3 bombs automatically so you can fairly easily power up again), some huge and detailed sprites, satisfying explosions, kill counter (chaining kills gives more points, value of the first enemy in a chain has the biggest effect on the score), fairly unique premise, rank system (changes depending on how well you play, goes to easy when on your last life),

Battle Garegga (ARC, 1996) - Vertical Shoot 'em up, 2-player co-op
-3 planes (+ 2 hidden ones) to choose from
-You can customize each plane (set speed etc.)?
-Relatively advanced dynamic difficulty/rank system (which isn't explained or displayed by the game at all and is a bit unintuitive unfortunately) - the game keeps track of how many items are picked up, how powered up the player's ship is and even how many shots are fired, increasing the difficulty accordingly. The only way to decrease the rank is by losing a life (!). Limiting your upgrades and even suiciding is key to scoring higher and by extension surviving the game unless playing on easier modes
-Fairly deep scoring system (gain more by shooting invulnerable parts of enemies and bosses, pick up medal items in a chain for higher points - value resets if you miss one, some medals are hidden - found by bombing the scenery)
-Great bosses
-Lots of options (screen modes (3-5 are useless though), training to hard mode + edit mode, hit box options) - SAT only?
-You can watch someone 'super play' it to learn the more advanced mechanics (getting a higher score)
-Smart bombs (different for each ship, these nullify enemy bullets)
-Secret planes (easier to access in this version through the options)
-Can change gun drone formations (by the press of a button, the drones also attack through a separate button to your main gun),
-Decent variation, remixed soundtrack option on SAT (sounds great, you can even adjust sfx volume), mania mode in the SAT version (autofire, gun drone cycling options), the game hands out bomb ammo when you die (20 small ones = half a full bomb), variable rapid fire rates (used for scoring higher by controlling your rank), dying causes and explosion (the shrapnel does decent damage to larger enemies and nullifies bullets), hidden power ups/points