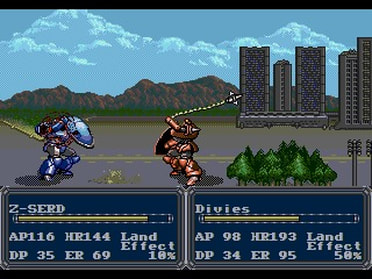 
​
​
+
Pretty nice art direction
Nice battle cutscenes (skippable, can also be turned off completely though it's not recommended - see below)
Mech theme
A transport ship can be used to switch mechs (embark a pilot and then disembark in another mech - different mechs have different gear and sometimes special/magic attacks) and to repair mechs
Fight alongside cpu controlled allied armies
Sometimes impressive music (sounds like the Target Earth/Assault Suit Leynos sound driver)
Can speed up text on a per paragraph basis and speed up the scrolling (press B)
Speed options (a bit faster than SF1 on fastest but with some issues - see below)
Story and gameplay events during missions (reinforcements, holdout segments, rescue missions)
Enemies also level up
Terrain effects
Four save slots (level info only, save anywhere but only in the current slot) - can also choose not to save
Hold b to scroll faster
Basic character building (pilots gain levels which leads to better weapons for the mechs) - no growth customization though
Decent dialogue
Character portraits during dialogue
Bases and turrets
Epilogue telling you what happened to each character after the events of the game (if a character died during the game they are omitted from this scene)

+/-
Scrolling text carries the story forward between missions
Linear structure
Any engagement yields exp (not just attacking)
Can't continue playing a mission after completing the main objectives
Marv clamp is kind of OP (hits a large area around the caster for good damage, low MP cost)
The fast transport/illuminant ship only takes one passenger (there is at least a tacical advantage to using it in mission 13 where two bases keep spawning enemy troops)
Perma-death and three of the characters need to be kept alive throughout the game
The AI tends to prioritize your main transport (and the chars that make you lose the mission if they die after that)

-
Some control/interface issues (can't see unit MP without going into its info menu (can't see it in a transport or in the top down view), can't cycle between only the units that have any actions left, if you skip a battle cutscene you need to pay attention to your unit's HP on the top down view because the game quickly scrolls to the next move, also very hard to see how much damage is done during enemy and cpu ally turns if combat cutscenes are turned off (even at slowest speed the game immediately scrolls to the next move), need to re-open the command menu after moving a unit to make it attack, completely manual target selection (unlike in for example Shining Force where the game cycles through potential targets))
No deployment phase
Mack Ryan is not controllable in the second mission until the rescue team arrives and he enters the ship (not explained)
Missions tend to start kinda slow with your units being far away from the enemy
Can't skip a battle cutscene if you wait until after the attack animation (there's a short delay after each scene before your regain control)
Some trial & error (some grinding required or some of your pilots start falling behind in levels (mission 13 is a pretty good spot), surprise reinforcements (and in mission 10 you're told that they'll come from the northwest but then they come from the east, ), escaping enemies, how cpu allies will act)
Some tedious parts (boss fight in mission 5 (Garcia) and the final boss)
Sometimes uneven difficulty (easy mission 10, tough mission 13 and 14)
No shopping or skill customization
Two of the characters lack a special artwork for the epilogue scene
​PSG drums (8-bit noise) - sounds weaker than FM or DAC drums
A few annoying music tracks
​​Since there are few characters and you'll need all of them you might as well re-load if one of them dies
The namoon mech kinda sucks after mission 10 or so
So-so background variety
Kind of tedious boss/leader in mission 14 (keeps healing himself and you don't do that much damage even near max levels)
No gear or mech progression after mission 12 or sore-uses certain music tracks a bit much and they're usually short (the main theme could've been used in-game)
No hidden items/characters/levels?

​
Comment:
A JP-only TBS/SRPG which was fan translated fairly recently. The game gets more interesting a few missions in with different mech types, mechs gaining new gear and surprise events during missions. The allied AI is pretty bad, you can think of it as a meatshield (it will have strength in numbers in later missions though and it's easier to keep up with it thanks to the fast transport ship). Enemy AI is generally predictable in going after your transports or "mission fail if died" characters but sometimes changes up its behaviour. The most tactically interesting mission may be the 10th one where you need to make a deep strike to take out enemy spawning factories (also a good mission to farm exp in).

The most interesting part of gameplay is customization through making pilots switch mechs mid-battle, the relative flexibility of the fast transport and managing health by boarding mechs onto your main transport ship; for example if you have two pilots in the main ship and two in the field you can attack with the latter then take the fast transport back to the main ship, making two new pilots hop into the mech+fast transport and then attack again in the same turn. Most of the mechs are also specialized in use and you need to consider which pilot will bring out the best in it given their stats.

I'd say Vixen 357 is on par with or maybe even a bit better than Warsong/Langrisser 1 but it was later surpassed in the same generation by SF2, Langrisser 2 etc.
​ 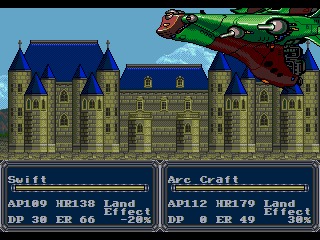 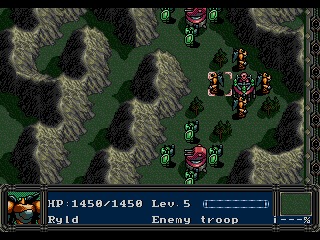 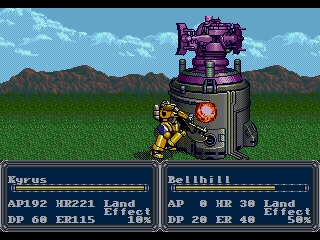 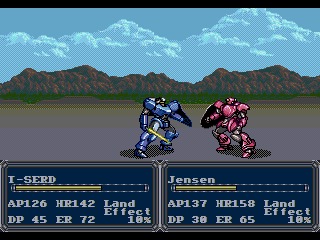 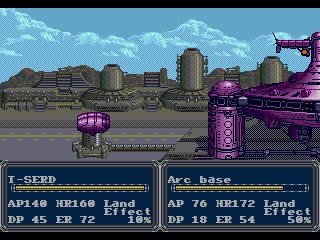 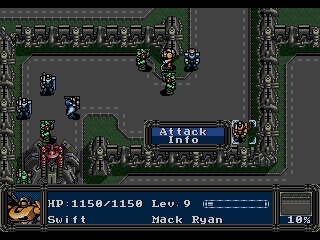 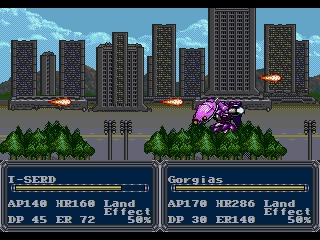 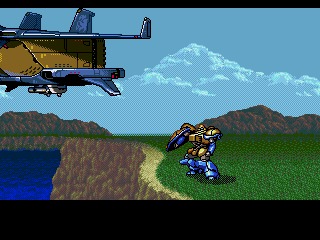 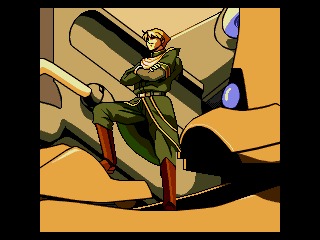