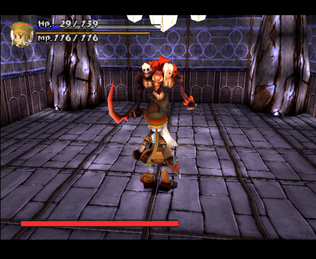 ​
​
+
2 different playable chars (pick before beginning - mostly the same but with different intros+some NPC reactions+one level+some other story scenes as well as a couple of side quests for items; Mint (spellcaster) and Rue (gains monster transformations by defeating monsters and picking up dropped monster coins, can switch between forms on the fly, many different attacks; some have abilities used to progress: pollywog can float over swamp water, gargoyle which can double jump and is used in a basic puzzle, ootang can climb certain trees, salamander can melt ice blocks, stinger/mole fits into small spaces, etc.))
Two swing types (overhead and horizontal/half circle - the latter tends to knock enemies down) - basic three hit combo with the first type (can combine this with a b-type/horizontal swing follow up but not the other way around)
Town teleporters appear at the end of visited levels/areas
Pretty nice art direction (cutesy anime; good texturing, detail and shading), pretty good animation and some nice visual effects
Shows health bars for bosses
Regain MP by attacking enemies (encourages more aggressive play)
Minor sequence breaking (can use the gargoyle's double jump to skip ahead a bit in the ruins, more?)
Various hidden items and some hidden coins in towns/non-hostile areas (most coins are placed kind of randomly and you have to stand around for a bit to see the visual hint (a quick and subtle spark) so it's good to be mashing the button while walking around)
Optional rumble feature
Some backtracking to reach new parts of previously visited levels (cliffside boulder, forest cave under the stump, etc.) and to progress
Stat increasing items and dishes (strength and defense are the only stats besides HP and MP; latter is similar to River City Ransom), some decent humour (silly, slapstick, melodramatic), pretty fast paced, some decent bosses (ghost temple, ), some decent bosses (wylaf the dragon, duke & belle), short escort segment which doesn't suck, some nice visual effects, pretty good dialogue overall (gets too wordy at times though), can touch most enemies without taking a hit (it's their attacks that hurt you), minor puzzles (one decent one before the final boss except for the flickering flame part), in-game epilogue, unlockable third ending (beat both mint's and rue's games)

+/-
Some mandatory side view platformer levels ending with mini-games at Mel's Atelier where you get sent back to the beginning if you fall down a pit (time limits which start during the platforming segment so you need to be fast to be able to get the best score during the mini-game itself and this is quite hard - however the best rewards are just silver coins so it's not worth it)
Save and rest in towns (6 slots per game, shows time taken+current chapter and basic stats) - can sometimes save within a sub area/level as well
Mostly linear structure (Mostly linear (sometimes 2.5D-style) levels connected to dungeons - sometimes can't backtrack into town after entering a level from where you entered it and sometimes can't go backwards when moving between rooms, Town hub (no overworld or hub map, you simply select from a list of visited areas as well as the next one to go to at the town gates), can visit Lakeside before Mel's Atelier but your char will just say a couple of lines and go back to town, can fight trap master before gorotan, mostly optional duels with Rod (and his dog) - to make extra money)
Use-based stat progression for MP and HP (use spells and get hit to raise MP or HP respectively - the latter is obviously not a good idea in an action game but you can at least buy HP and MP upgrades at a shop (expensive though))
No manual enemy lock-on - instead there's some aim assist when moving close to enemies (oddly this also makes you move towards them a bit which can be bad if you're near a platform edge)
Healing springs in some hostile area rooms (one use only though)
Frequently respawning enemies in some rooms and they seem to always respawn if you re-enter a room
Lives system (coins give extra lives and restore different amounts of MP when respawning, frequent checkpoints)
No dodge moves and no strafing - gain a block move for the final fight only as Rue (Mint gains a shield spell earlier)
Can't transform in non-hostile areas
Can't transform into bosses even though you do get monster coins from them
Sometimes Rue reverts back to "human" form automatically when entering a new room, only one town and it's kinda small, mostly lighthearted tone, can't fly in bird form (just double jump like the gargoyle), Mint (female playable char) is more assertive and childish and Rue (male) kind of passive and restrained in their interactions (Mint is reminiscent of Musashi from Brave Fencer Musashi, Rue does grow a bit towards the end though while Mint stays pretty much the same), can't buy HP or MP restorative items, no item drop magnet (see Sonic 3 or God of War, they're pretty small with small hit boxes), automatic boat ride to the lakeside ruins, the Spector form's ice blow attack and Bubba's hammer are OP against some bosses, some new boss encounters while moving through visited areas, optional collectathon/grinding element (if you gave the legendary gear to Jargen then he can cook stat increasing dishes for you - these require killing 50+ of one enemy type each), enemy drops don't disappear however there can only be 2-3 in a room at any one point (if you kill more enemies before picking them up then the previous ones disappear), partial boss rush before the final boss (easy), some silly looking outfits (Rod, Psycho Master)

​
Notes:
-I read in a review that you begin each new quest with the things you earned in the last one but this doesn't seem to be the case 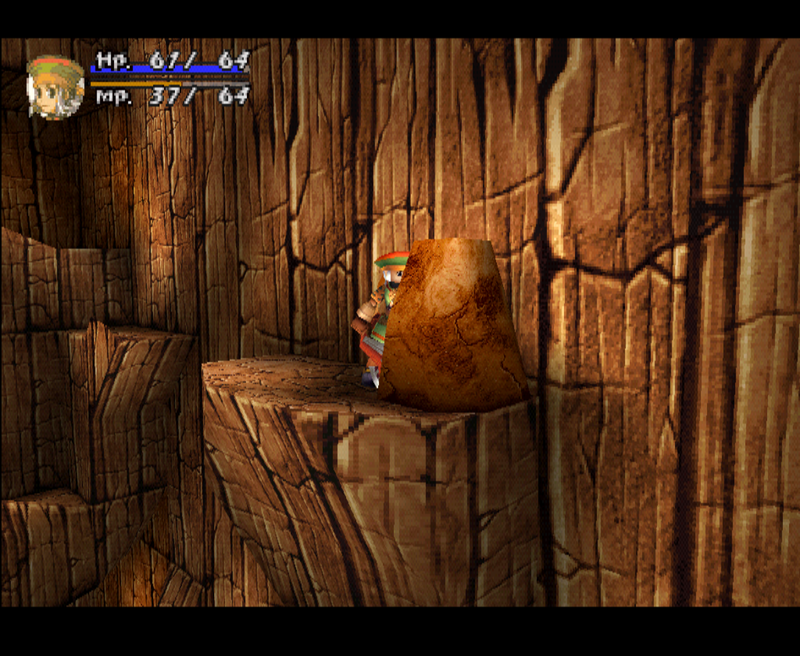 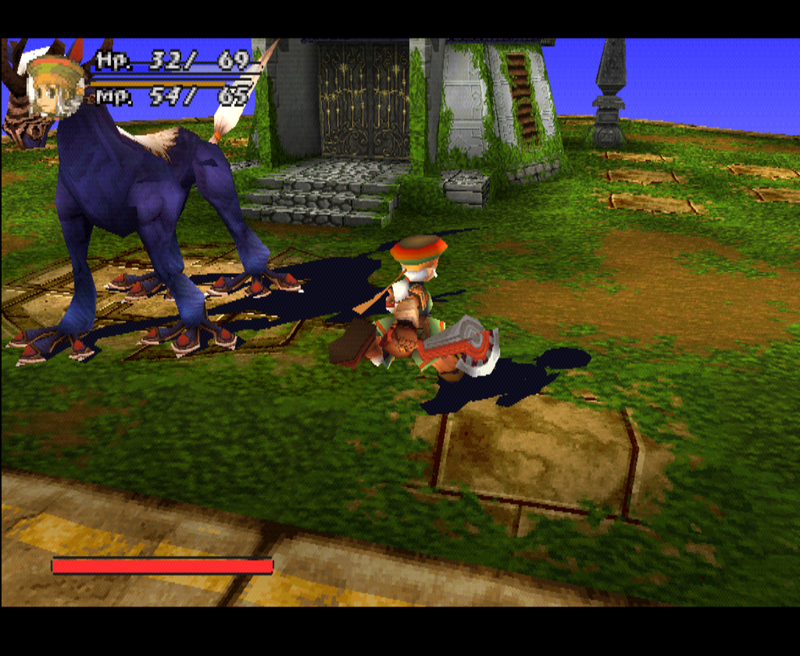 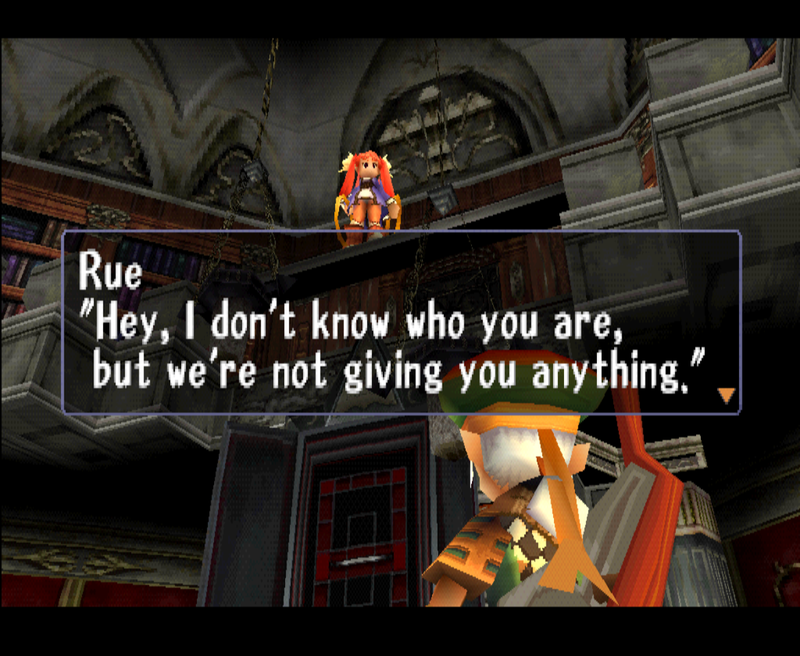 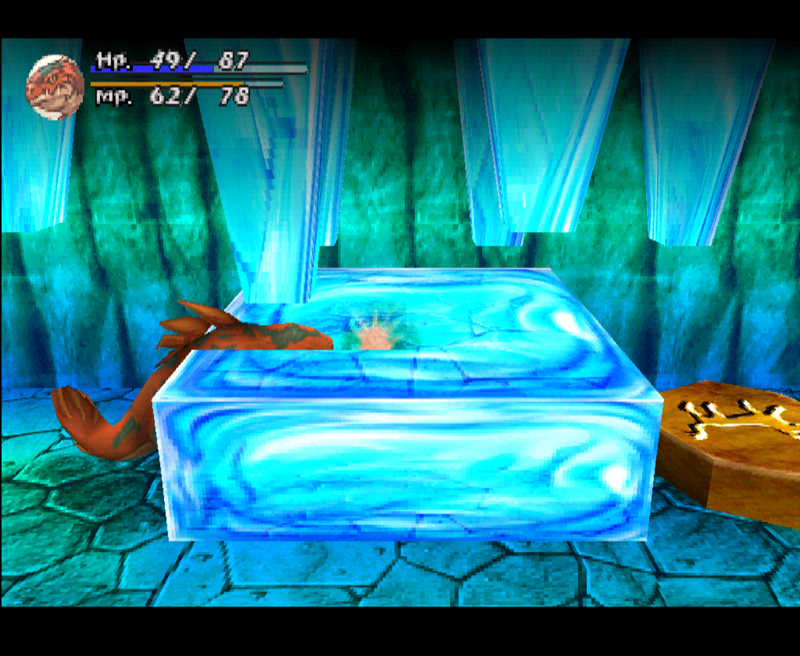 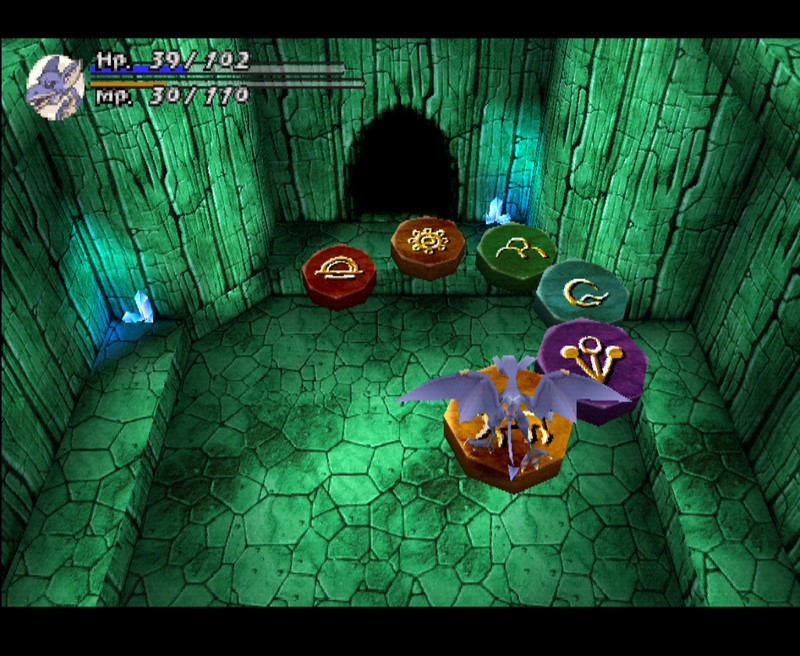 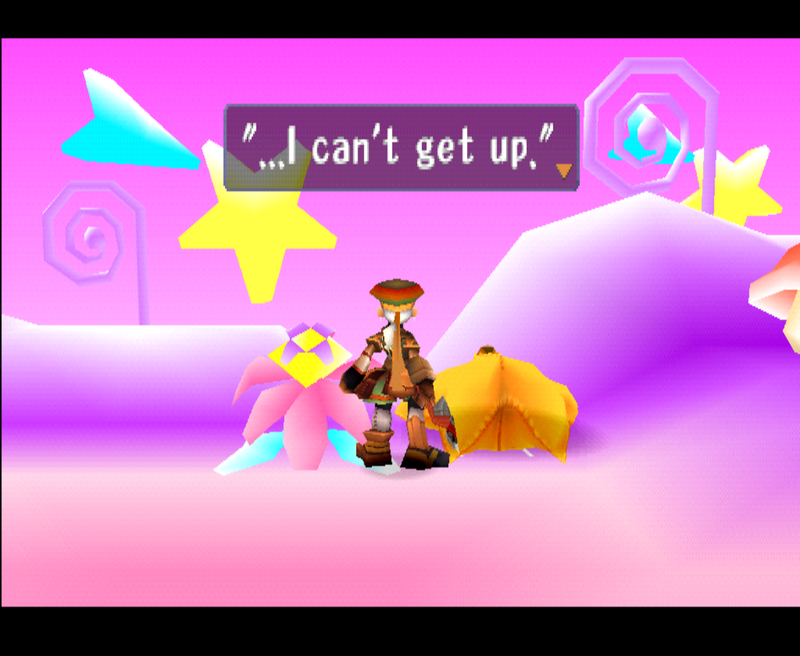 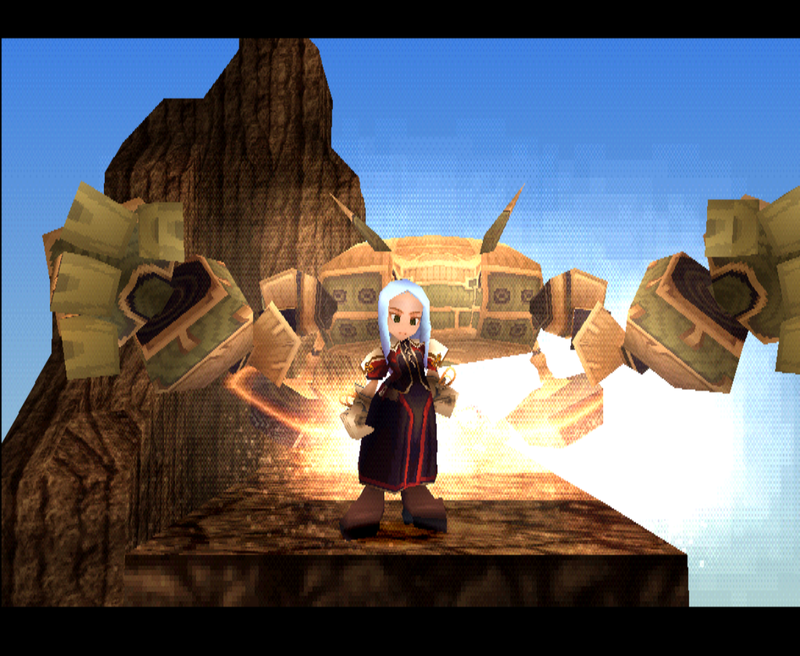 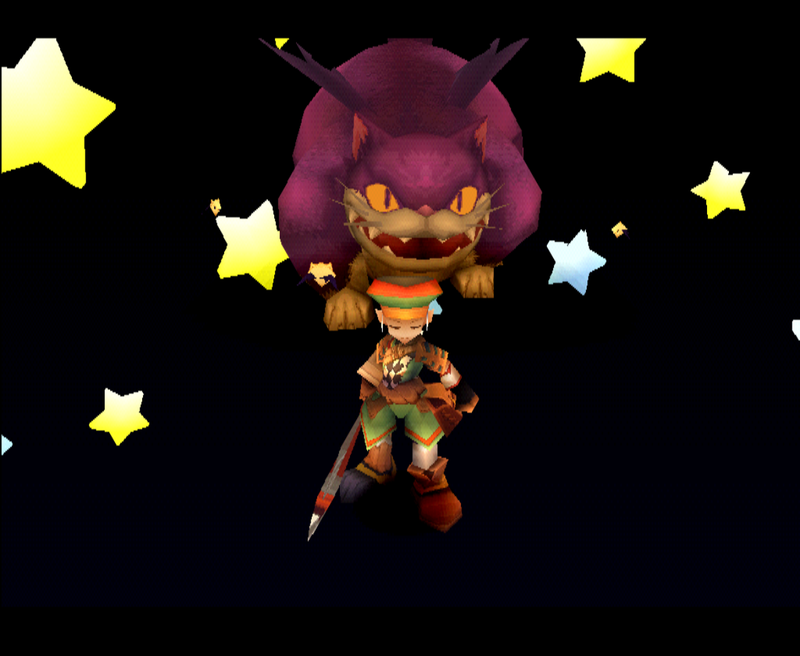 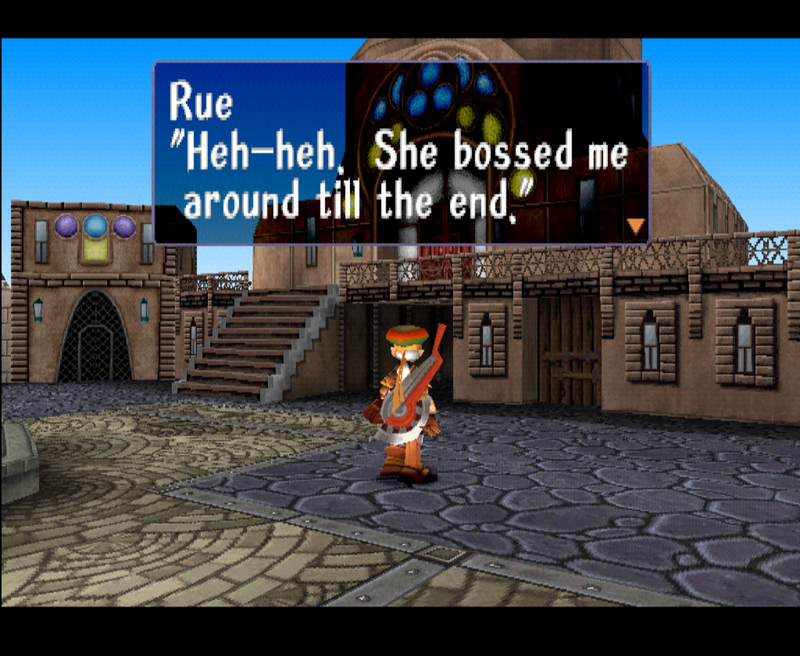