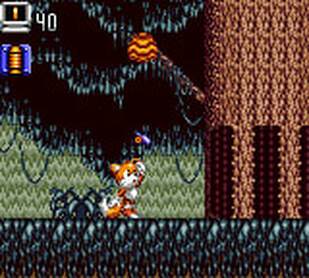 
​
​
​+
Level select style hub map with a home base/country house level/screen (here you can customize your inventory and heal)
Can exit any level by going left in the beginning (can't exit a beaten level from anywhere in it though)
Auto-grab ledges and climb up (generally good but can get in the way at times, can press down to go back down and hold onto the ledge but Tails takes a step forward after auto-climbing a ledge so you can't cancel the auto-climb using this move if there's a threat nearby)
Great use of color and pretty good animation, some large sprites
Teleporter - go back to base/tails' house (found pretty late though at coco island)
Some innovative items (the radio controlled robot/remote robot (can move or fly into tight spaces and pick up items, can walk in lava, can then teleport (slowly) back to Tails, can't attack enemies), radio - change the bgm for the current level (similar to Outrun but on the fly), item radar - locate hidden items (simply tells you if there's an item in the current area though and not even if you're close to it), remote bomb - slides forward a bit and lets you trigger it manually, fang icon - lets you find more rings (similar to the luck ring in SotN, not really needed though))
Napalm bomb - can burn down grass and hit flying enemies
Submarine-based water levels (customizable sub - weapon, speed - also allows for a momentum-based super jump, armor - but really it's invincibility which lasts until you exit the area so it's seriously overpowered, emp smart bomb/spark, rocket booster/flight)
Limited flight by tapping jump while in mid-air once (you have a gague showing how far you can fly before falling here) or unlimited by tapping jump twice as you're running out and repeating the move (doesn't seem 100% reliable though)
Smart bombs (large bomb (also takes out certain walls); these take a few seconds to detonate)
Pick up and carry/set down/throw heavy objects with the super glove (Zelda 3)
Knuckles icon lets you punch enemies (do a short combo by mashing the button)
Sonic icon lets you spindash
Chaos emeralds upgrade your HP and flight capacity
Night vision item for dark areas (of which there's only one and the effect isn't like you'd expect but yeah), some good puzzles (caron forest, green island), once you've reached a new (land) area you can go there via the map instead of backtracking through other areas to get to it, pretty nice ending cutscene, decent bosses overall (if you collect the emeralds you'll have too much health to have to concentrate for the mid-late game ones though)

+/-
Mostly linear structure (can't really go to lake crystal early on and the downward lake rocky path to coco island is very tough, you can go to caron forest before green island and besides that you can grab certain items in the order you want)
Can carry only 4 different items during a level (a bit annoying since you want to carry for example the teleporter at all times)
Can't move while crouching
Can't throw bombs upwards
Password save
Rings act as your healthbar here (you don't drop all of them when hit, instead you lose a set amount depending on the kind of attack)
Rings from enemies and broken walls disappear after a few seconds
Some placed rings respawn when walking away from their spawning point
Some delay when attacking with bombs
The helmet lets you block all attacks but you can't move while using it so it's of very limited use
Some areas are pretty small
The EMP/Spark attack is overpowered (unlimited smart bomb) - doesn't damage bosses at least and doesn't work above water
The remote robot could've been a bit more fun to use if you had to take some hazards into consideration when moving around - the game does change this up on coco island but it's a short and pretty easy segment (they should've kept it up for the boss fight to make it more interesting) and a slightly harder short segment of the final area, the wrench lets you change the direction of the conveyor belts in the final area if you use it in the right spot but it's really not needed - would've been cooler if you used it during the final boss fight or something

-
​Kinda slow paced even compared to non-Sonic platformers and there's some slowdown here and there
Can't combine the speed boots with a weapon item
No area maps and no indicator of which areas still have items that you haven't found yet
Some control/interface issues (the HUD sometimes ends up behind part of the background, using the napalm to burn "grass" walls efficiently is pretty tricky - usually you'll burn just one tile at a time, napalm bombs have to hit the ground to blow up so you can't throw them at airborne enemies (if they are near the ground the wave of flames will hit them though and the hit detection is rather forgiving), unforgiving hit detection on your bomb blasts when trying to hit enemies, can't start flying nor throw a bomb after walking off the edge of a platform, the animation near platform edges can get in the way when trying to aim carefully, can only throw a bomb once in mid-air when not flying (Tails starts spinning afterwards), pressing up+jump makes you fly - a bit awkward when you were pressing up to look ahead and then wanted to jump)
Some trial & error (the teleporter item is missable since you can't replay its area, the submarine isn't equipped with a weapon by default, the remote robot can also swim (the same way that you fly), can't exit cavern island via the boss room after beating it (leads to backtracking if you went back for a missed item here before getting the teleporter), some cheap enemy placements in cavern island, boss patterns, some of the sudden winds in the mountains, one of the exits and some of the pits in polly mountain 1 just take you out of the level (same for some of the pits in caron forest), various red herrings in terms of hidden paths in walls)
Unavoidable damage in the first submarine level?
No area maps (most of them are pretty straightforward but the main submarine area is a fairly big maze and it would've been nice to have items you've seen but couldn't get to earlier marked on one)
The large bomb is kind of lame and underused (can't throw it and it takes a couple of seconds to detonate, the larger explosion doesn't even hit enemies more easily, only a couple of walls require it)
Safe spot vs. the volcanic tunnel boss (intended but still lame since it's very easy to find) - this boss is optional though as the reward is the OP extra armor item
The intro uses in-game graphics only, easy flight-based level (even though the armor/invincibility suddenly stops working here), easy final area and bosses if you have all the emeralds 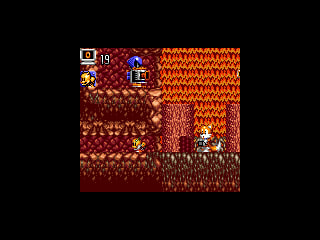 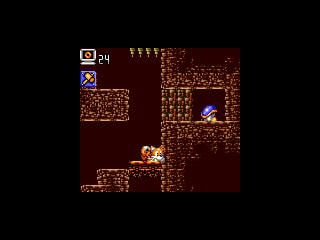 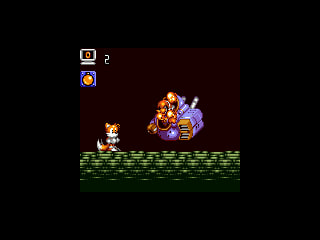 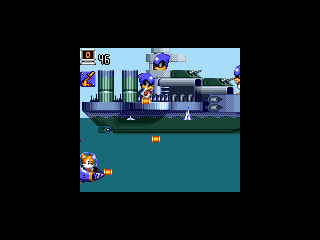 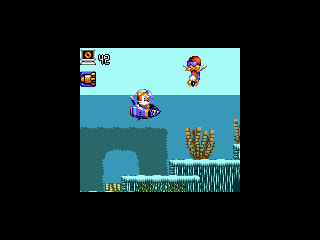 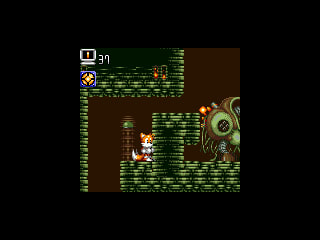 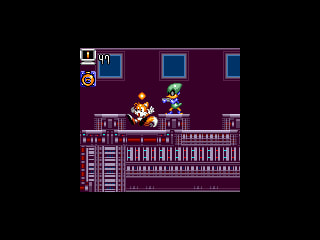 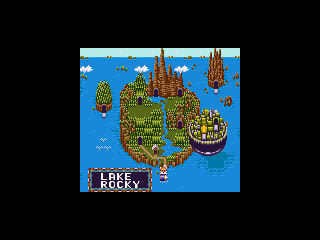 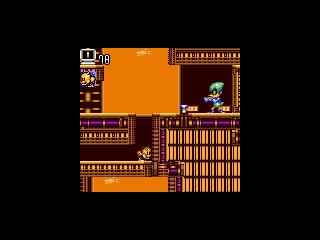