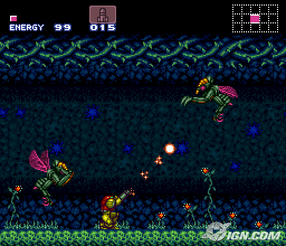 +/-
Some similarities to Sonic (somersault into enemies, pipe elevators, speed boots)
Big focus on collecting (it doesn't become a goal in and of itself until the end game though)

-
Tedious first mid boss (Plant)
Somewhat slow falling speed
Can't set some actions to the exact button you want (like dash on L/R)
Only one save slot per game
Mostly simple enemy AI (except for the pirates)
Can't view a map screen for an area that you are not currently in, some backgrounds have an 8-bit tiled look to them (compare with Aladdin or EWJ for example), backtracking can get tedious, ​final boss is a pushover (but still pretty awesome due to the cinematics), somewhat muffled sounding music, some nearly useless equipment (spring ball), no difficulty options/second quest (ranks time and completion percentage though)