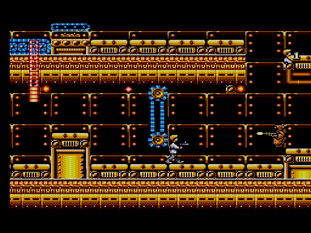 +/-
Crazy physics, doesn't tell you what to do most of the time, lots of credits

-
​Trial & error (leaps of faith, cheap deaths - the game makes up for this by giving you lots of credits), Leia is pretty much useless, slowdown, you don't get any ending if you don't complete 100% of the game or perhaps complete it on jedi mode (and it doesn't tell you what you need to do to achieve this), very floaty controls, most caves are unneccesary because power ups respawn (when collecting power for the falcon scene), unbalanced difficulty - losing Han Solo doesn't make you lose a life and you can revive him about 8 times for free, the x-wing rail shooter part is simplified compared to the NES version (you only move the crosshair, not the craft - might just be easy mode)