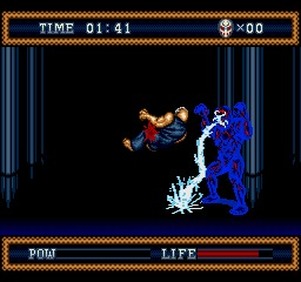 ​
+
Several alternate paths through each level
map feature
timer pauses while viewing the map
can carry weapons between rooms
transformation (fueled by crystal balls you find in the levels)
grabs and throws, difficulty (easy-very hard) and control options, multiple endings, password save (given after a game over - restarts you at the last level you reached), some good bosses (the teddy bear),

+/-
Time limit (story outcome is changed if you're too late to save Jennifer etc.)
live action cutscene stills
current transformation power is lost after clearing a room and you can't manually revert back to normal form
deteriorating weapons (after dropping them too many times a ghost appears and removes them)
steep difficulty curve
gore, can’t see enemy nor boss HP

-
Trial & error (boss patterns, some doors are traps that teleport you to a less efficient path through a level, no items or weapons marked on the map, some moves and items (books) are only explained in the manual, the transformed power/special move reaches a lot further than it looks like)
repetitive (too few weapons, no guns or other ranged weapons, not enough level hazards to break up the regular action, so-so enemy variety)
Rick takes a bit too long to get up after being knocked down
no drum samples/PCM used for the music
somewhat scratchy sampled sfx
​can't run nor jump sideways, somewhat fewer moves than in SoR 2 for example, the spinning kick move is overpowered but you pretty much need it to make it on time on Normal (leading to more repetition), can't throw any weapons?, some weapons deteriorate after one drop, some enemies take too long to kill considering their behaviour, pretty short (5 levels+the final boss area), some unavoidable damage


Comment:
​An interesting if flawed take on tilted view beat 'em ups, with nice presentation and branching paths. Comparing it to the prequels it really should've been more varied and had more weapon pickups, maybe one more level too. The special moves are generally overpowered but you pretty much need to spam them at some points. I don't think I'll go for the best ending any time soon, at least not on Normal. 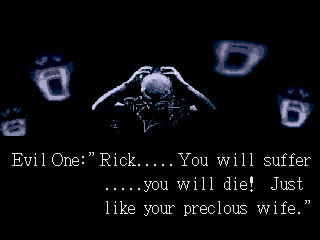 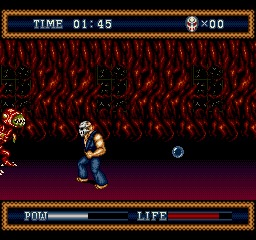 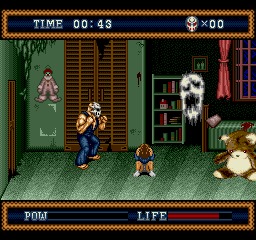 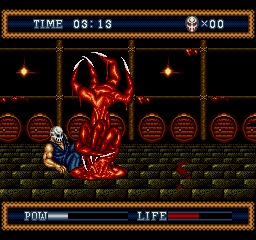