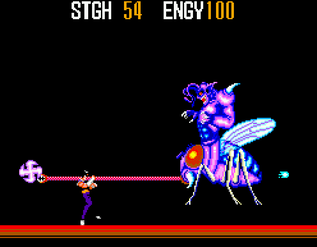 ​
​
+
Mixes sidescrolling Action Adventure with Point & Click/Graphic Adventure gameplay (talk - sometimes interactive dialogue, look/use/take commands (use can be used to show items to NPCs as well), spell - only some can be used in the Adventure segments, you also fight basic turn-based battles during some of these; AP/DEF/HP upgrades, one big maze level, war hammer (weapon/ap upgrade) lets you break certain walls in one area, can exit an action segment where you entered it to go back to the previously visited Adventure/non-hostile location) as well as a shoot 'em up level for the finale
Creepy atmosphere
Good dialogue overall
Some cool spells (banish undead/kannon - basically a smart bomb vs certain enemies, temporary flight/makiri, thunder storm/indra, missile shield/nobota) and items (x-ray glasses)
Nice cutscenes, good visual variation
Good boss introductions
Some good bosses (Kashima, mirror guardian, final boss)
Some story twists and the first group that seem to be villains have some nuance to them
One or two decent puzzles (elemental spell usage in the adventure segments, trident (AP upgrade/weapon) held by a statue)
Basic layout map of the sea area (no other maps)
Good sound effects (decent in FM, music sounds a bit better in FM though), some interesting enemies (demons in the underworld that split up unless you use a fully charged shot - for some reason the shield spell has the same effect) and items (necklace - revives you once after death), some mini-bosses

+/-
Password save (extremely long with upper/lower case and even math symbols in them)
Mostly linear structure (very linear at first besides being able to go back to Kizumo for healing, can only go to the next location in the sequence at some points)
You can't walk while charging your weapon (can jump and fly while doing it)
Have to use a basic combo after selecting a spell to cast it in the action segments
Healing spell (can also heal in two Adventure locations)
Infinite lives (no checkpoints besides at the beginning of each action segment though which is an issue in the pyramid) - You do respawn at the beginning of boss fights however
Generally can't examine things that aren't relevant to your quest
Some handholding (directions from a guru/monk in the first Adventure location and some other NPCs)
Can only move between connecting locations in the Adventure mode (selected from a menu)
Start with all spells but need to grind to have enough MP to cast some of them
Can't revisit cleared action segments unless the story takes you there (happens a couple of times), various death pits, interplanetary travel at one point (however you don't get to see the space travel happening), kind of depressing ending (basically just tells you that there's more to do and it's your duty to do it), enemy drops disappear after about 8 seconds

-
Some control issues (you can't shoot or move while crouching (charge attacks also cancel if you crouch), can't jump onto stairs, somewhat slow text speed (you have to watch a text message from the elder every time you die), enemy drops can fall into walls, no warning before a flight spell runs out - can cast another one as you're falling down though, can't move all the way to the top of the screen in the shoot 'em up level)
Dated interface in some ways (Adventure interface: menus don't wrap around here (it does in the pause menu during action segments), you have to look at an object (sometimes twice) before picking it up and some puzzles have pretty odd solutions - this even though Kane can notice objects by looking around/"at the terrain", can't see your MP/energy here; no spell explanations in-game)
No area maps besides the sea area (would've been useful in the pyramid)
Trial & error (can't fly out of the well when backtracking out of kakogen shrine (have to jump from the left platform) - makes it seem like you have to die here, have to stand in exactly the right spot on the rock formation in the cave under the well while pressing down to enter the hi-tech area in Kakogen, have to look at the lid specifically before using the ball on it when trying to go inside the spacecraft (even though there's a command to grab the lid after using the indra spell), the pit below the well - have to react very quickly and use the flight spell without warning, have to fall into a pit in a looping and difficulty underwater area at one point - bad since the others are pits, crumbling floor traps in one segment and vertical fire streams in another, can't eat the spaghetti in Kizumo at first but can do it after the first boss, can't fly past stairs at the end of a room/segment, hard to know what spell or command to use in some adventure scenes (sometimes you have pick something twice for some reason) - no time/action limit here though, have to look at and then ask about the boathouse to be able to go inside - then have to go talk to grampa to make it possible to find the x-ray glasses which is rather convoluted, finding all the items at sea, you can get stuck without energy and have to get yourself killed to progress - you also can't replenish your MP if you die in the final level so you might as well restart from the last password since you start with only 20, hidden boots and armor in the breakable walls in the pyramid above the main path - no hint, poor directions to the holy bridge east of the underworld (and it's weird how it wasn't open before you got them - translation issue maybe?), getting the necklace (from kuma the spaghetti salesman right before going to the final level), etc.)
Pretty slow paced and fairly repetitive sidescrolling action sequences overall (enemy drops are kind of rare so you'll probably also want to grind for MP a few times)
Some backtracking (out of kakogen shrine, through the underworld/yomotsu a couple of times)
Some spells cost too much energy for what they do
Some cheap deaths (getting knocked into pits by fliers, if you stand on a bridge then some attacks knock you downwards and kill you)
Mostly simple bosses and they're rather easy at first (you can stand still and shoot/use spells for the first 3-4 fights)
The game always scorns you for doing the wrong thing which will probably get on your nerves
No difficulty options, few music tracks (the temple theme which you'll get to hear a lot is pretty annoying as well), occasionally out of place/awkward dialogue, the giant centipede boss is a bit tedious unless you grind for MP (doesn't fly low often enough), some typos, sometimes uneven difficulty (spikes at the lava cave, dips at demon boss in pyramid and at god of thunder), the ferryman automatically knows what you want after visiting toki field (crack in the rock) - this puzzle doesn't quite make sense in that you can break rocks at this point as seen in the pyramid, enemies keep dropping consumable items that you already have a full stock of (mp/hp) 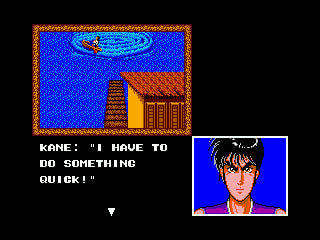 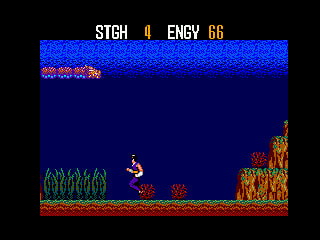 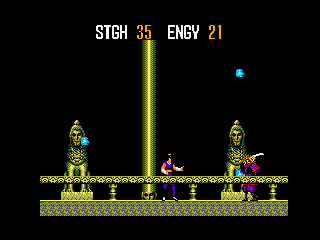 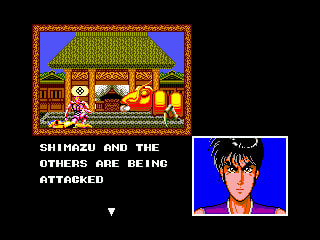 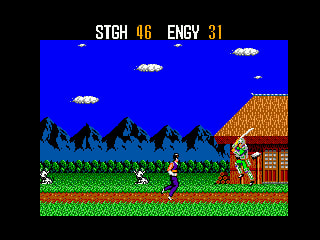 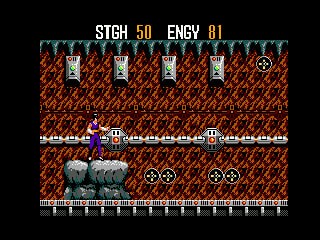 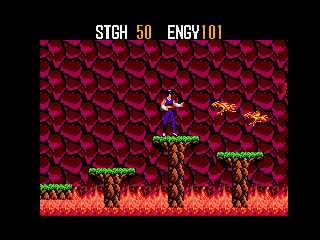 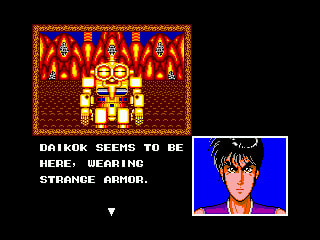 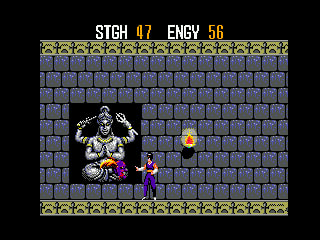 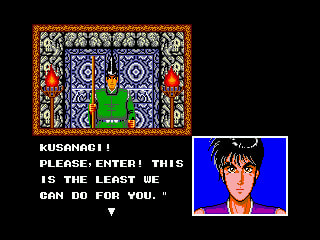 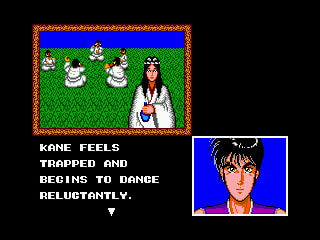 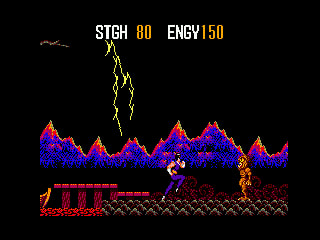