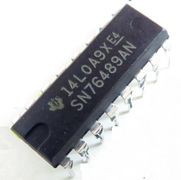 *The chip can play 4-bit samples using the noise channel, and the square wave tones can be altered by changing the video refresh rate, but neither were used in game OSTs except for After Burner II on MD using the SN76489 to play drum samples. See the homebrew tracks section for a couple of examples.

*The Game Gear's version of the chip has stereo support.

​*Some arcade games used more than one of the same chip.

​*A few PC games used pulse width modulation (PWM) via the PC speaker to add sampled drums and other instruments to the songs.
​
​
Youtube Playlist​​ (note that some tracks/OSTs aren't on YT yet)
​

Best of the rest