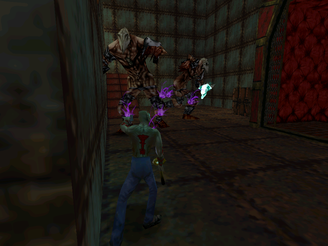 +
Can teleport between worlds and visited sub areas at any point (using a teddy bear which is a memorabilia of Mike's dead brother Luke)
Lock-on aiming which allows for circle strafing if you're carrying the gun and aiming at a nearby enemy (Soul Reaver - released in the same month)
Parallel world theme (kingdom of the dead kind of place called Deadside where the player char (Mike) turns into Shadow Man and if he dies in the real world he ends up there - similar to Soul Reaver or Zelda 3)
Metroid-like gameplay in 3D (some ability gating - gain abilities which let you progress as well as explore further into previously visited areas (mainly weapons and key type ones though besides the wristlets/poigne), using the l'eclipser item in the real world locations changes the enemies and what you can reach there, mostly interconnected world)
Some sequence breaking possibilities (can reach some govis (contain dark souls which level up your ability to open coffin gates and other things) sooner than intended, in a couple of rooms you can ignore pressing a switch or skip the intended platforming segment with some smart platforming)
Roll and quick turn moves (press crouch while running/back while rolling respectively (some delay after using the latter though)/pretty fast swimming underwater/can cling to ledges and climb up or jump backwards/can shimmy (Tomb Raider), skippable cutscenes and staff roll, story/lore exposition via dark and poetic monologues by Mike when entering new areas (similar to Soul Reaver) and tomes with text and images (similar to System Shock 2 or Ultima 7 - these can help a bit in figuring out what to do next at times), some decent humour (Jaunty the irish talking snake in Deadside), brightness and UI opacity options, FP view reverse aim toggle, higher res option with a RAM expansion pack, decent voice acting overall (Jaunty is hit and miss, some minor characters have so-so voices), pretty good art direction (similar to Quake/Soul Reaver/Warhammer 40K/Event Horizon/Hellraiser/Seven/Silent Hill), can see how many dark souls are left to collect in each sub area as well as in the whole game via the pause menu, upgradeable charge attack+shadowgun lock-on range (?)+voodoo weapon ammo capacity (based on your level - collect dark souls) and upgradeable life bar (100 red pots/cadeaux per HP; takes a while before you can trade these in), pretty good boss intros (similar to Metal Gear), some shortcuts within sub areas (there could've been a few more though considering the lack of maps), some decent platforming+spatial awareness (playrooms area)+timing puzzles, some interesting items/abilities (manual shield power up (blocks projectiles while draining voodoo ammo), calabash/explosive can be used to remove floor panels and against enemies, can hold and use two weapons at once (Phantom 2040?; two automatic weapons is fun, getting 120 dark souls lets you unlock a second copy of the best weapon so you can use two of them), the flambeau (basically a stronger version of the asson/skull staff) can also be used as a torch - useful in the undercity+mordant street+station areas (until you find the flashlight)), some nice effects (burning enemies), "I'm the lizard king!", very good draw distance overall (so-so underwater), some memorable locations (street and station areas, playrooms, cageways), some good bosses (Jack, Legion/final boss), special game over cutscene for if you die to the final boss

+/-
Partially non-linear structure (more than one coffin gate can be opened at various points in the game and there are some branching paths in some sub areas, can choose which bosses to face when besides the first one? - collect retractors and use on the gates to their areas, have to assemble the l'eclipser before you can explore the liveside locations properly - can only see a little bit of them before doing so)
Collectathon (have to collect several dark souls per area to increase your shadow level which in turn lets you unlock certain doors (coffin gates) leading to other areas and special items - the number of souls needed per level increases over the course of the game (95/120 are needed and some are pretty well hidden), three pieces for the l'eclipser which lets you kill the bosses, 500 (!) red pots/cadeaux to upgrade your life bar fully - optional)
There's an auto-aim/lock-on feature when near enemies and looking in their direction while using the gun and strafing but it doesn't work that well against flying ones
Save feature (anywhere, 7 slots - each one only shows a letter to note which area you're in (?) and not time taken nor current stats; using multiple slots seems glitchy in emulation as memory ("pages") is used up very quickly) - loading takes you to the beginning of the area you saved in though
Infinite lives (dying just puts you in Deadside if you were controlling Mike at the church or back at the beginning of the current area (or the one you just teleported to) if you already were in Deadside or in one of the boss areas as Mike, there are also some checkpoints within sub areas - when luke's ghost appears it means you've reached one)
Your Shadow Man form has a few differences (can climb walls behind "blood waterfalls" using the Poigne (wristlets with claws attached), is immune to falling or drowning and can be made immune to fire, can channel voodoo items into weapons to power them up), cheesy script overall (some swearing and sexual innuendo, Shadowman is a bit of an edgelord at times, sometimes self-serious tone and other times very comedic, "the end" written at the end of tomes), undodgeable ranged attacks by the first enemies you meet (repeated shooting stun locks these and some other enemies though meaning you don't need to dodge their attacks after landing the first hit), uninteractive dialogue - scenes trigger as you move up to NPCs, no journal feature (the dark souls display helps but could've been expanded to red pots and other items), splatter/horror theme, can get advice on what to do next from a couple of NPCs but it's usually too vague to be of much use, can't keep health items for later use, respawning enemies (when re-entering a sub area), minor frame drops, generally forgiving hit detection near platform edges (sometimes on pipe platforms it's easy to slid off when you didn't want to though), the baton's teleport ability is redundant when you have the teddy bear - only used to teleport between certain altars which are rare, basic switch puzzles, the parallel worlds mechanic isn't as fleshed out as in Soul Reaver or Zelda 3 - the "dark world"/deadside is a separate world here besides when you get the l'eclipse and fully explore the liveside areas (which only make up maybe a fifth of the game or less), bosses are decent but don't make you use your abilities in interesting ways like in Zelda for example and the OP shield ability makes most of them too easy, can't use liveside/real world weapons in deadside, the game is a bit oddly paced in that you can't face any bosses until finishing over half of the game, hidden cheats here and there (nothing special though - mainly skins (the "play as a deadwing" one would've been awesome as an actual transformation since those can fly), there are also no clues to their locations), dropped health disappears after about 10 seconds while dropped ammo doesn't, features gore, the govis make a heartbeat sound when close to them but it's not used to find ones that you can't see (placing them right behind a breakable or false wall for example; done in Metroid Prime and Hollow Knight)

​
Bugs:
-In Project64 there's a hit detection bug in the blood temple which makes it seemingly impossible to pass a part where you have to shimmy across small gaps with swinging blade traps - can work around this by climbing at the gap and then moving to the left to grab onto the next ledge
-In Project64 you have to switch graphics plugins for the "get gad ability" cutscenes
-In Project64, Jack can glitch out and freeze in place right before he dies, forcing you to teleport back to the beginning of that area and face him again 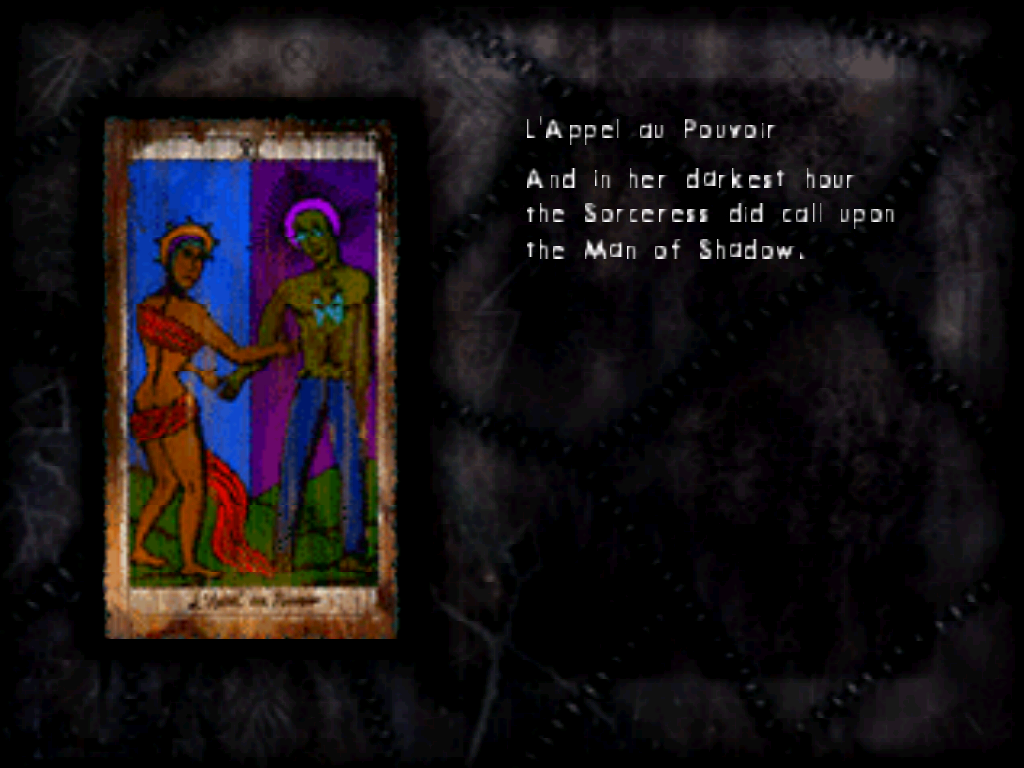 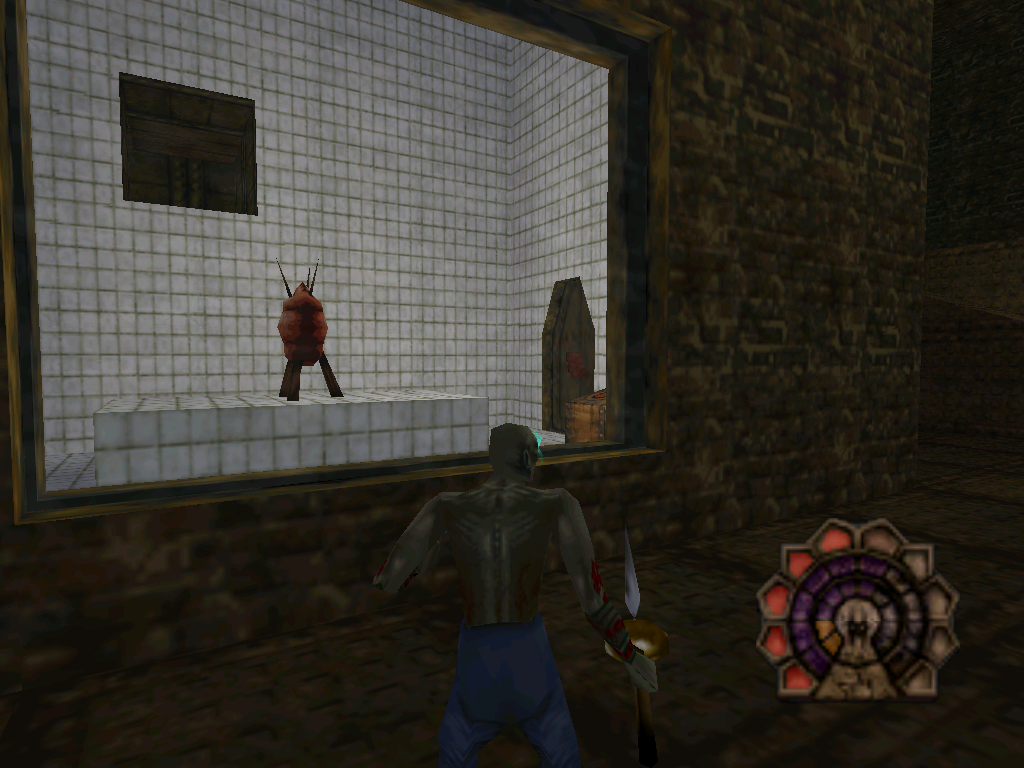 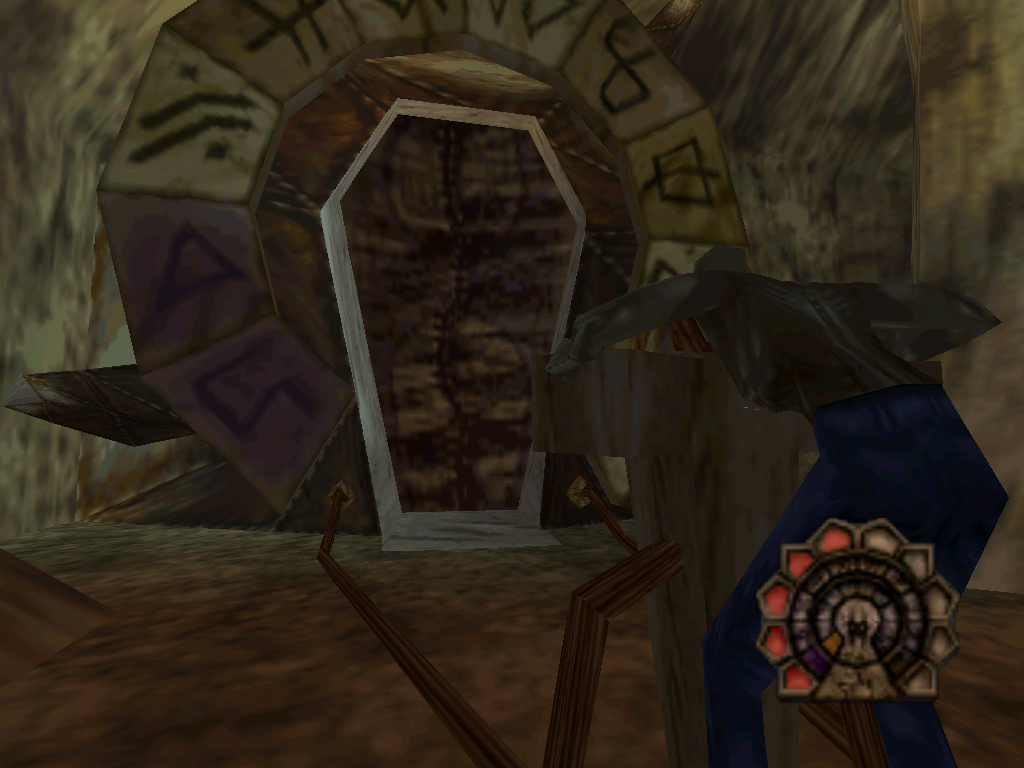 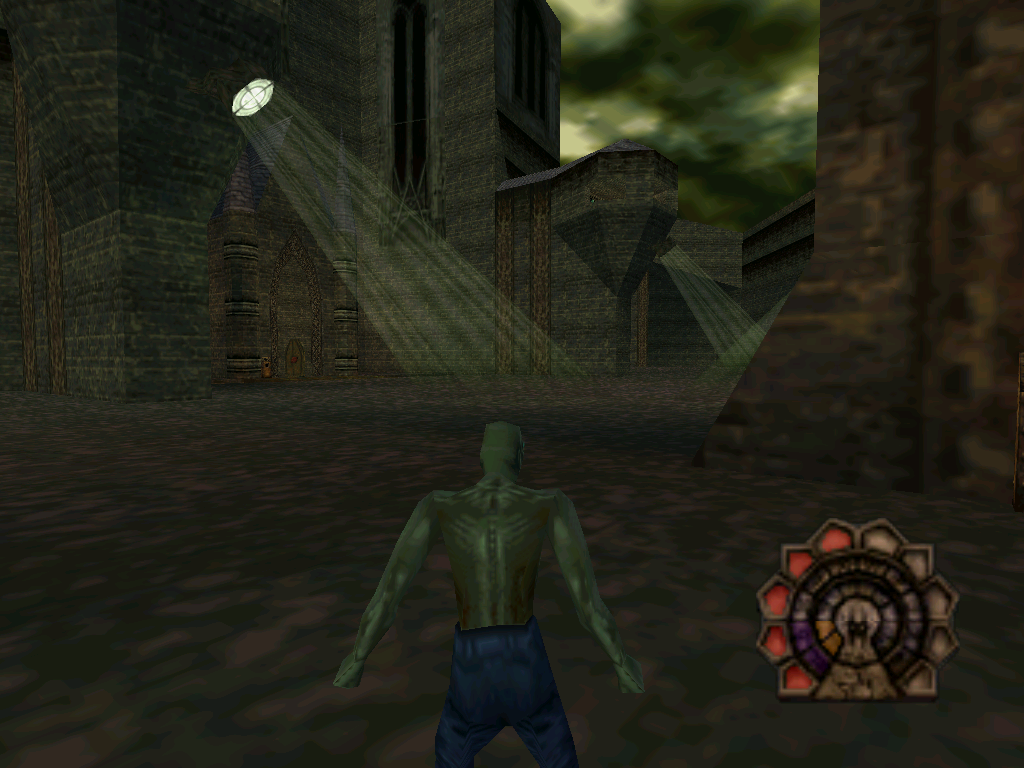 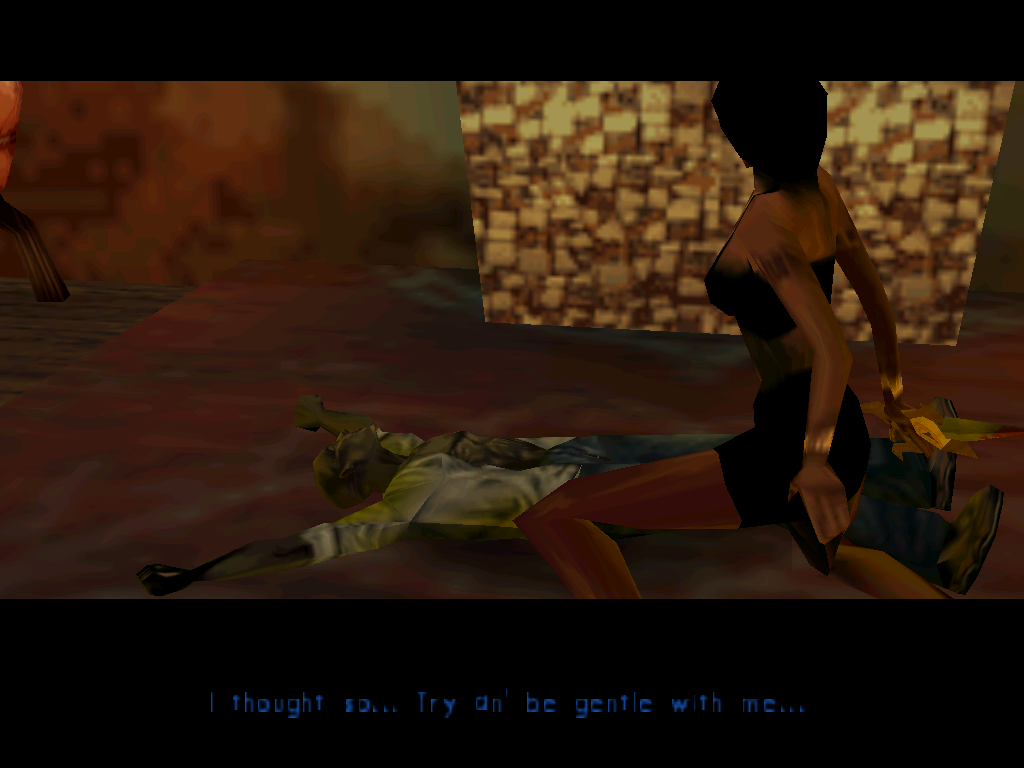 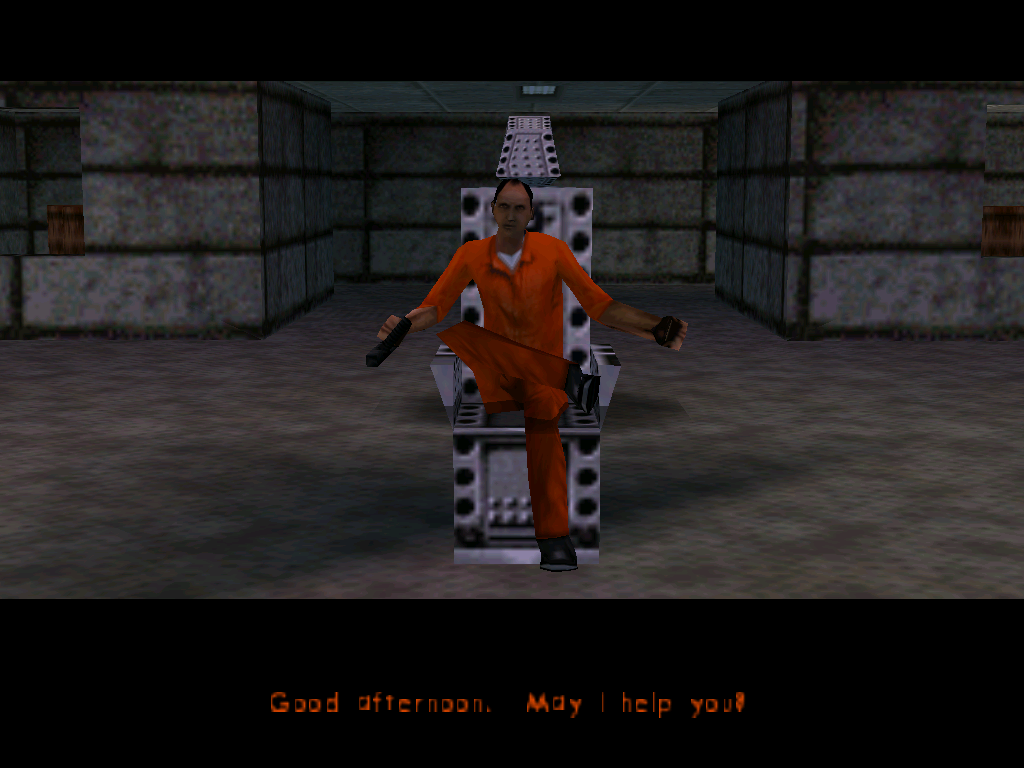 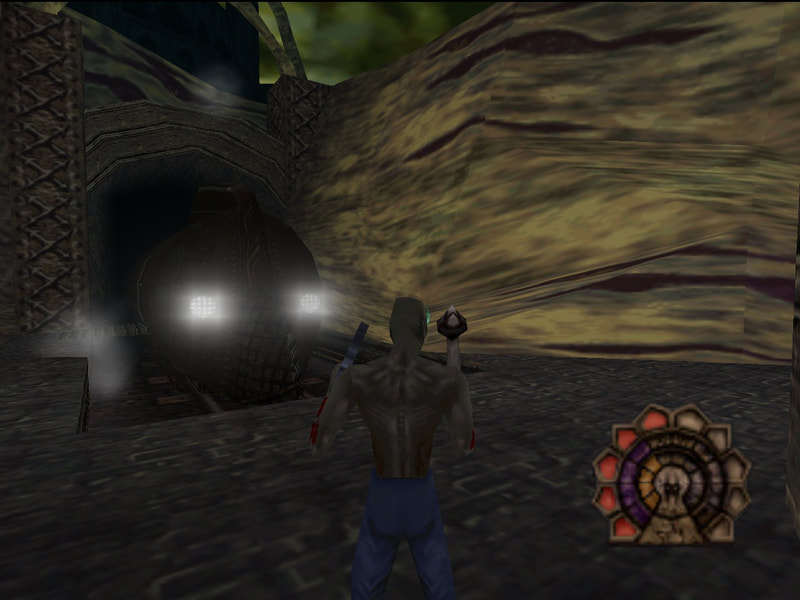 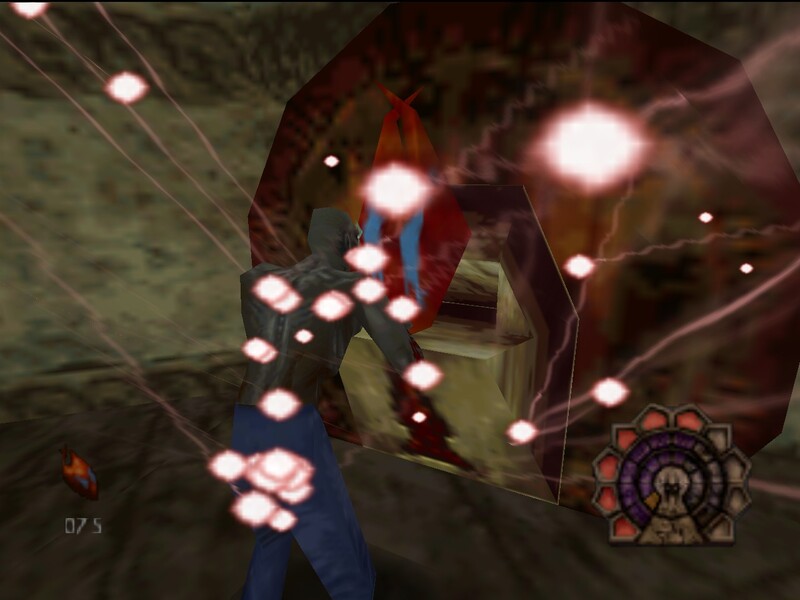 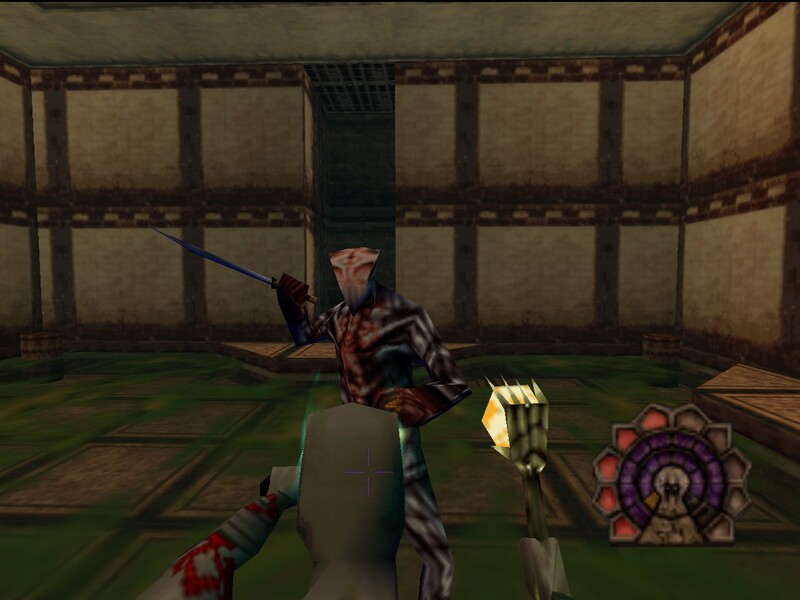