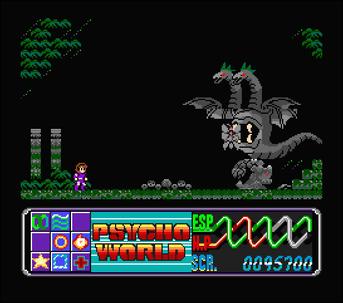 
​
​+ Some large sprites (bosses, mini-bosses), mini-bosses (some can be skipped), decent cutscenes (different and more plentiful on MSX - there's a new one after this version's level 5 and before the final boss), weapon inventory, upgrade-able weapons, some interesting mechanics (create/melt ice blocks, teleport to beginning of level (past checkpoint here), flight), decent variation, some decent level design puzzles (similar to Metroid), good jump control (with some exceptions; see below), smart bombs (they kinda suck until the 7th level or so here), decent art direction, more levels than in the SMS version, better running controls (tap again while moving to run) and more level design that makes good use of them, can jump off of ladders here, weapon upgrades do work even if you haven't selected your default weapon before picking them up here, somewhat tougher bosses overall (but still weak with simple patterns, still very easy bosses in these levels: 3, 6, 7, final boss), teleport is less overpowered (power ups no longer regenerate when teleporting back to the beginning of a level so later power ups are no longer redundant - however the alternate paths seem to provide a few more power ups per level here), one underwater segment here (can swim), you fight the final boss together with Cecile here, some backgrounds are more detailed here,

+/- Larger and more maze-like levels (besides level 4/jungle, unfortunately with many points of no return/one way doors), unlimited continues (no lives – when dying you lose all upgrades picked up in the current level but not all your points here), small knockback from hits, health+esp are refilled every 10k points?, weapon upgrade drops disappear after a few seconds, no level timer, the special weapons look and move very similarly (three forward moving beams, ultra-sonic beam is also pretty much the same as the fire beam in function as it just removes different kinds of blocks), your avatar goes super saiyan for a short time in level 6/sewers but then loses the ability (not sure why), it’s possible to get stuck and be forced to kill yourself off (level 7 here),

- Very short invincibility time when taking a hit (creates difficulty spikes), loading times when booting up and between levels (7-10 seconds/10-15 seconds), can’t turn around without taking a step (makes some platforming tedious), some backgrounds look a bit worse here, your shots don't travel fast enough to cover much of a distance in front of your avatar while running, clunky way of switching weapons/powers (need to press down+jump then hold jump while selecting – in real time) - could've used various keyboard keys in this version, Shield is overpowered (makes you invulnerable for a few seconds as well as restoring some health each use), teleporting wouldn’t have been necessary in many cases with better thought out level design, some puzzles are more tedious when you have upgraded special weapons (because of the wider beam you have less precision), the comical and cute in-game graphics using cutscenes in-between levels are missing here along with the character portraits during the staff roll, some trial & error (level design puzzles, the moving platforms in level 5 hurt from below, various enemy patterns and hazards, sometimes you're attacked right away when starting a level), short and easy sixth level (sewer), power ups can drop in unreachable places (second stage) due to not being able to move while crouching?


Comment:
I'd say this is the version to play mainly for three reasons: One the power ups don't regenerate when teleporting back to the beginning of a level so you can't become OP early on and make later power ups redundant; Two the running controls are handled better, letting you tap again while moving to run at any point instead of moving back and forth until running speed activates; Three the weapon upgrade power ups do work even if you haven't selected your default weapon before picking them up here.

It having a somewhat more coherent story with two more cutscenes, and two more levels are also a plus, though the latter weren't among the best anyway and the SMS version does have these cute and funny in-game graphics using cutscenes between each level as well as a somewhat extended ending cutscene to compensate.
​ 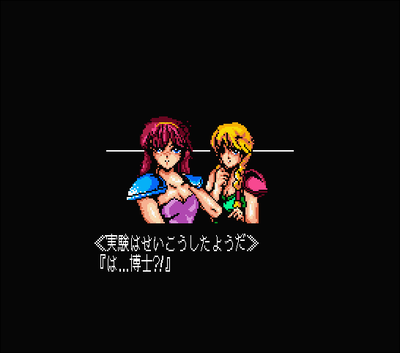 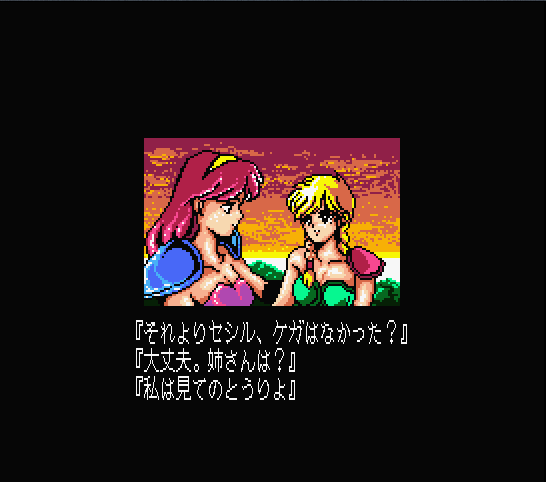