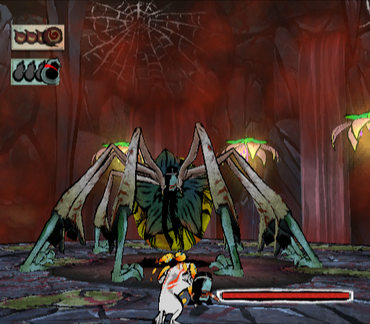 
*Drawing with the brush
**Some digging mini-game and blockhead challenges

+/-
Linear overarching structure (after the second hostile area you can do a couple of side quests per area - sometimes 3+, mostly straightforward dungeon areas, some backtracking to previous areas with new abilities to progress including some towns)
Evenly placed save points (multiple slots, shows current area and time taken)
Many collectables (100 optional stray beads for an OP weapon)
Some forced encounters (can escape from some of them but not others, can't escape from gate encounters, can skip some of them by moving around the trigger point). Sometimes have to clear special "gate" encounters on the overworld to progress as clearing them changes the environment, making the game a bit more combat-focused than most Zeldas
Mostly lighthearted tone
Partial control config (camera axis inversion only) - not really needed though
Crazy Taxi-style arrows showing you where to go in some areas early on (can't be toggled off - optional map markers or manual ones would've been preferable). Generally the game uses map markers instead though
Some sexual elements (Issun is a horny little bug, Sakuya) and some scatological humour (two optional special attacks are literally peeing and shitting on the enemy)
Respawning pots
Can bite most NPCs as well as hit them with spells - nothing happens besides a short animation though. Can also carry the children of groups of animals for a bit but if you "kidnap" them they automatically respawn with their group. The trainer NPC can be tackled and at certain points he'll attack you once
Automatic jumping into and out of water at specific points
Very short time limit/stamina meter when surface swimming or moving in cursed zones - only lose a bit of HP and respawn where you jumped in from drowning though. In the late game you can buy an artifact that removes this limit and lets you swim upstreams (optional and not used for much)
Semi-silent protagonist (generally acts like a tame wolf and communicates like one but Issun can also hear what it's thinking somehow)
Various fetch quests
Weird how you can't just break the big boulder outside the first village yourself without doing things for Susano when you end up doing it anyway (the whole helping without giving yourself away thing is kinda funny but also doesn't really make sense). Also weird how you can't use bombs to remove leaf piles or disturb the elevator operator in the moon cave nor use the fuse of a lit bomb as a fire source to melt ice
Can't use brush cuts to propel objects like the crystal ball forwards - can use them to reflect some enemies' projectiles back at them
Kinda funny how you're encouraged to cut trees and statues apart everywhere when there's a restoration theme
Can dodge cancel an attack animation
Regenerating ink meter - can upgrade its speed with an item that costs fangs though the temporary infinite ink items are pretty cheap anyway
Unlockable skins and artwork (get S ranks in the different categories when completing the game: deaths, kills, money and fangs, praise/exp)
The map system spoils the sub area/room/floor layout when getting to a new one (the cursed zones act like a fog of war however and hidden paths aren't shown). Found dungeon maps show more detail+the outlines of unexplored rooms and let you switch between floors
Some OP attacks - smart bomb-style items and the fire sphere spell
Pretty short second and fourth (ship) dungeons
Some optional grinding for combat moves and items bought with horns (if you explore thoroughly you should find enough treasure to sell for required items)
Can't combine double jumping and wall jumping in one jump.
Various QTEs
Can extend your combos but they're pretty basic (you just mash the same button as fast as possible regardless of the weapon used)
Catwalk (ninja gaiden-style wall climb) is a cool ability but feels a bit limited in that you can only use it at cat statues
Some aspects are basically ripped from Zelda (toss money into springs to get upgrades, the spider enemies, the underground caves that are just a room with some items in it, sea monster dungeon, many breakable pots)
Some fun platforming gimmicks in the oni island dungeon
Some optional bosses (three giant spiders similar to the first main one) - these are all equally difficult though and they're all easy
Can't become small at will - only at two entrances to areas - so the hammer item that transforms you is used more like a key
The hardhead/upgraded tackle move seems pointless since it just lets you tackle what you can already cut at your current power slash level
The game is pretty forgiving about falling into pits - lose 1 HP and respawn where you last stood on solid ground (Zelda 3)
Can't dash during combat
No gameplay use for the custom brush technique design you get to create in Ponc'tan - it just shows up at the end of the staff roll

​
Notes:
-*Godhood absorbs the attacks of most enemies and you chain hits to build up levels (can do it over several encounters; one hit is absorbed per level, max level is 3 (but lowest is actually -1 at which point you take more damage per hit) and you lose one per hit taken in combat or if moving far enough to get knocked out in cursed zones)
-Some of the brush issues seem to have to do with emulation issues (PCSX2 1.6.0)
-Double jump skip: https://www.youtube.com/watch?v=3W_txOTfETg
-Wanted list monster locations: https://preview.redd.it/4zfkgh4jk1f01.png?width=640&crop=smart&auto=webp&s=d923e83767ba735ac6d51ad03c150ce921f71c17
-Didn't do: green glow within red rock on other side of mountain in forest cave (path to upper part with sapling), cat statue near imperial palace in sei-an city, rest of thief quest, monsters outside sei-an and snow town 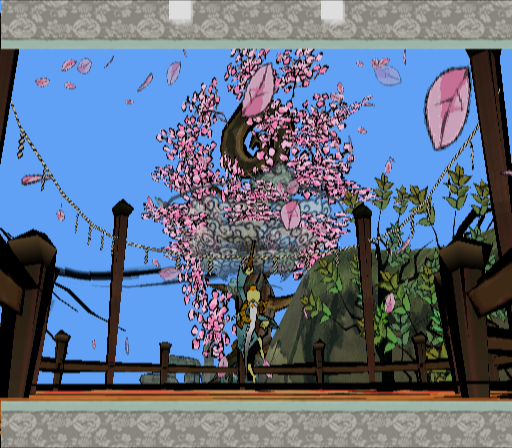 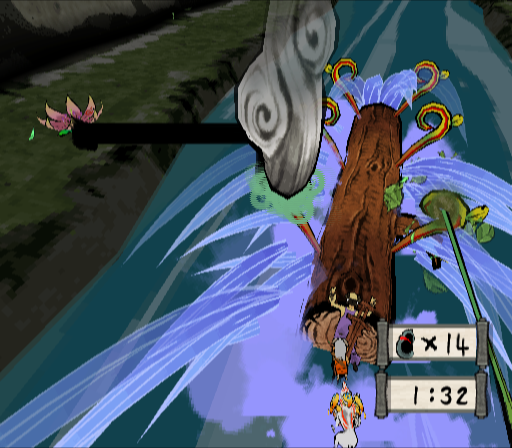 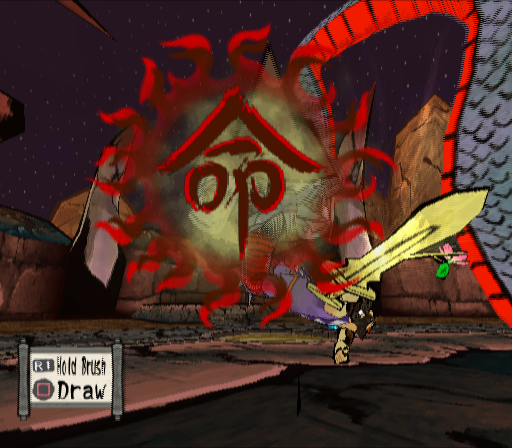 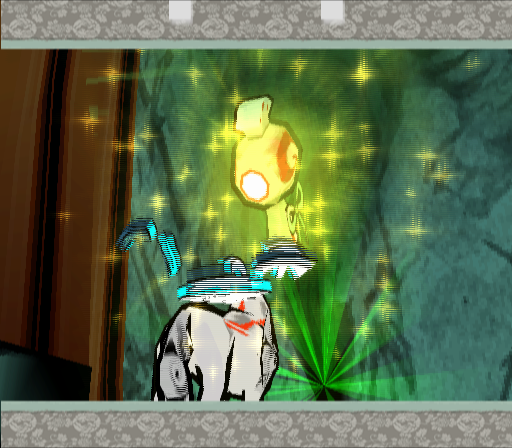 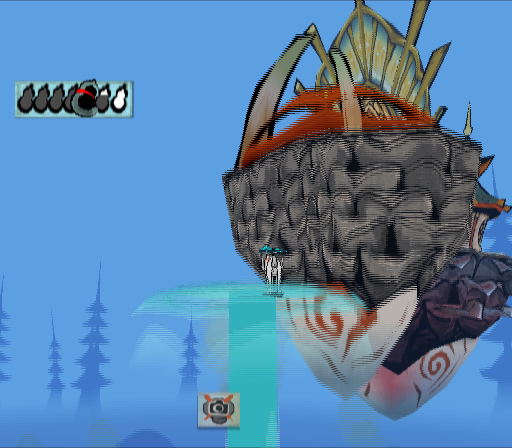 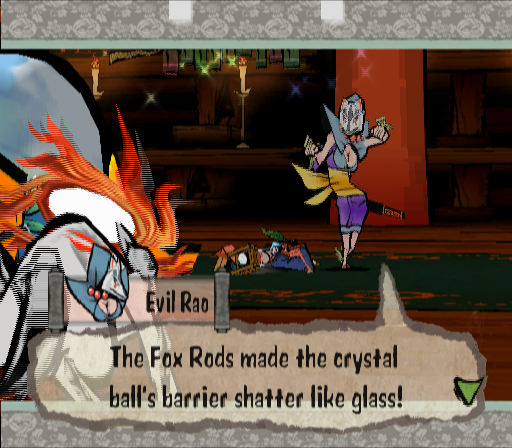 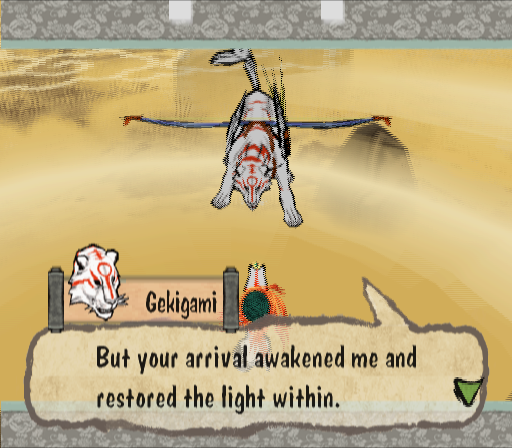 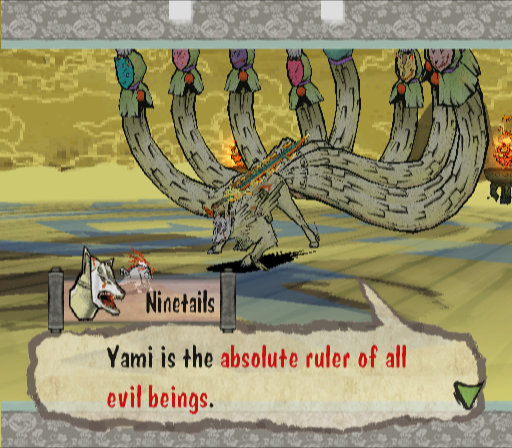 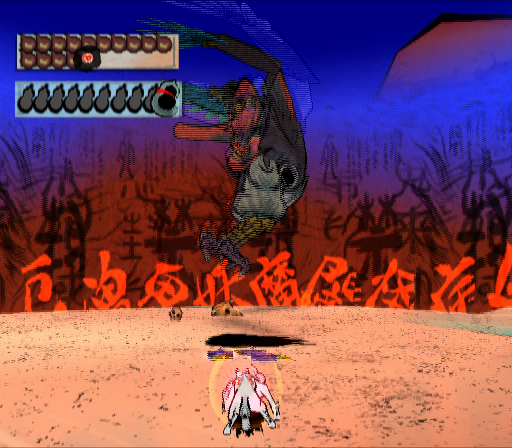