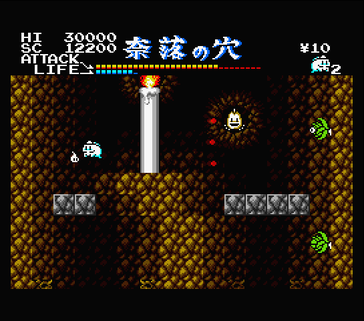 +/- Stamina/energy bar for the butt slam attack (letting it charge up doesn't improve the attack though), constantly respawning enemies, bonus levels are just a single screen where you try to collect money and items under a very short time limit, can grind for money on most screens but it takes a while and items are generally pretty expensive, some unkillable enemies, fairly frequent checkpoints, dropped coins disappear after a few seconds, bum-rushing the final boss is the best tactic against it, unlimited continues (however you’ll lose all money and keep spawning at the last checkpoint which can make certain parts harder since you might not get a chance to buy the best power ups before a boss)

​- Stamina refills too slowly considering the constantly respawning enemies and trial & error aspect in looking for power ups in breakable blocks - can be upgraded temporarily but this power up is rare, some unavoidable power ups which also cost money (level 3), some control issues (your avatar easily gets stuck on edges of tiles instead of auto-adjusting to let you keep moving, inefficient and unsatisfying regular weapon (boomerang-like) - gets upgraded to two projectiles after the mini-boss in level 2 and three in level 4 but is still a bit awkward to use and a lot weaker than the butt slam, no movement speed upgrades (dodging with the secondary attack is a bit clunky and can't be used vertically), ​), trial & error (can't tell the difference between breakable and unbreakable tiles, dead end paths in level 2 - have to find the breakable block or die), boss patterns), can't move backwards in a level, sometimes uneven difficulty (need to travel several screens for a health restorative after the level 6 mini-boss, three mini-bosses in a row (!) at the beginning of level 4, main boss fight almost right after the mini-boss in level 1, level 3 mini-boss), some unavoidable damage?, hard to grab coins in level 2 and 7 as well as level 5 (they'll fall off screen/into lava respectively),
​

Comment:
I gotta say it's pretty cool how many of the MSX games I've played recently have put their own spin on things in some way, for better or worse. This one's a solid action game at its core, with excellent presentation for the MSX2 (sadly there's no FM music option but they really did what they could with the humble AY-3 chip at least). The obvious difference to the vast majority of contemporary games, I can only think of Mr. Heli right now (and it's not unlikely this is an homage now that I think about it), is that you're controlling a flying ghost. Now, he doesn't have the arsenal of Heli and his main weapon (a sort of spirit boomerang thingy) is kinda weak even when fully upgraded. Instead, the best way to deal with enemies and to explore the levels for power ups is to use a fast, stamina-based butt slam attack.

While this is a funny and oddly satisfying way of dealing with your problems, it brings me to my main complaint - having to slam your way around each screen to get to the goodies (there's no other way to tell which block or background tile is breakable) doesn't really gel with a stamina-meter that's quite slow to regenerate, especially not when every screen has respawning enemies that tend to be hard to just avoid. It actually led to me trying to find safespots, then frameskipping until I was recharged so that I could continue playing without being heavily disadvantaged against the enemies and many bosses of the game. The game does try to fix this with purchaseable power ups that increase the stamina meter temporarily, but these are rather expensive and you need to know the levels well to make proper use of them while maintaining a good flow.

Anyway, it's not a dealbreaker and there's more to like here. Enemy variety is very good, the game mixes things up with a couple of auto-scrolling levels, and the boss fights make pretty creative use of the butt slam move, which also serves as a dodge move. There's a lot happening on screen with little to no slowdown and some large and detailed sprites are sure to impress 8-bit fans. I also found the length to be just about perfect for this kind of game, about 50 mins should be enough if you're good at it. All in all this is one of the best MSX games.

Edit: Apparently there's also an english translation patch which makes an easy mode accessible, I'll have to try it out soon. 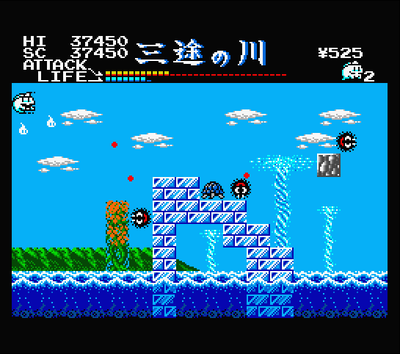 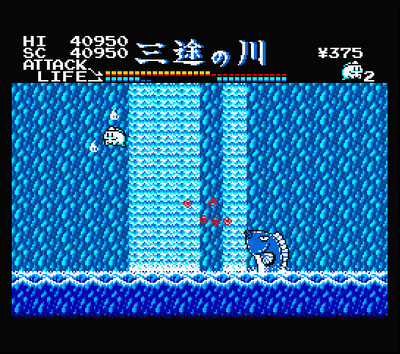 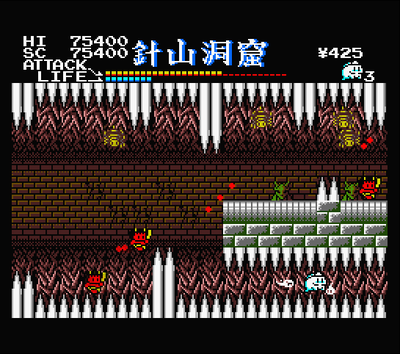 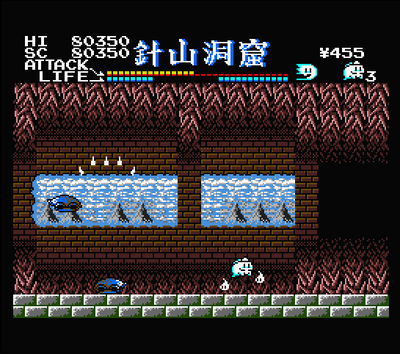 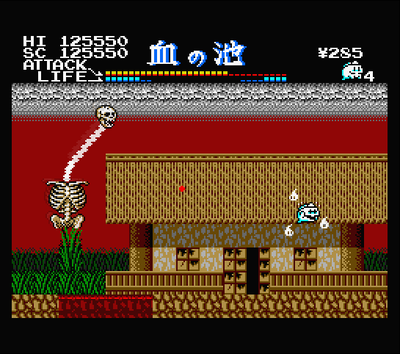 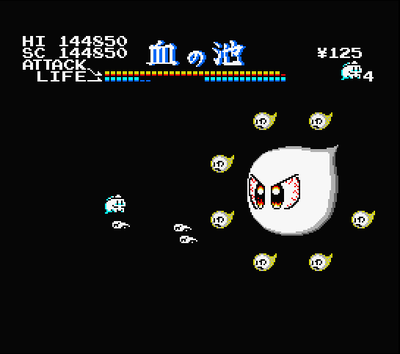 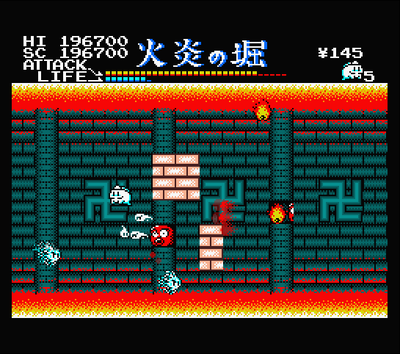 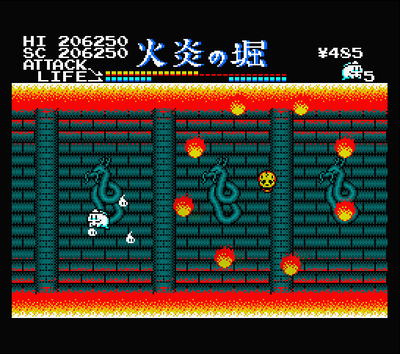 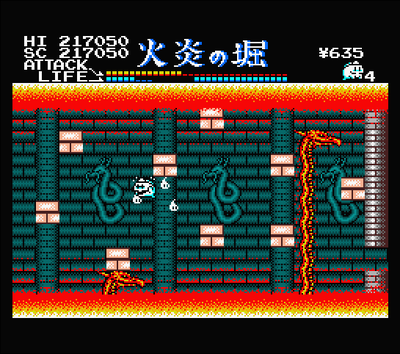 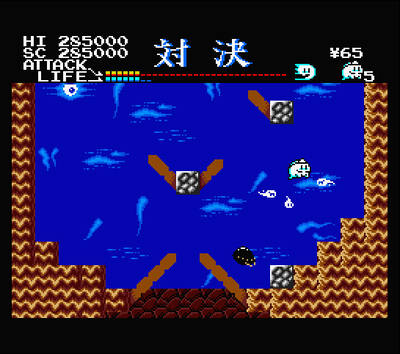 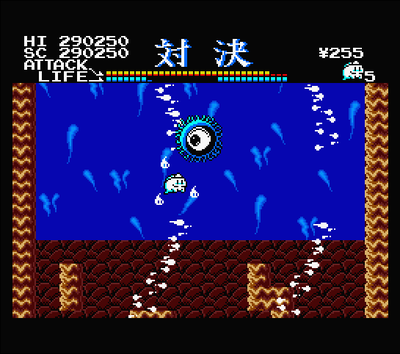 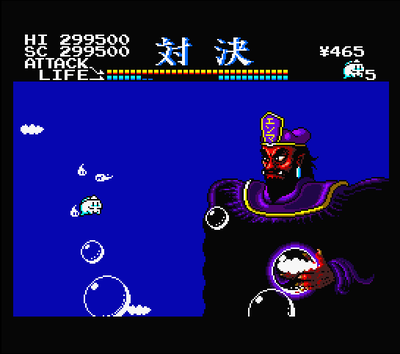