​
​
+ Some innovative gameplay (use a cute animal familiar (Pepelogoo) to solve puzzles and glide through the air, the water dungeon), mini-bosses, humorous, excellent art direction and use of color,  good animation and expressive characters, good variation, save feature (only two slots), bumping into enemies doesn't hurt (only their attacks do, like in Shinobi), magic swords (elemental effects - randomized), some secrets (777 bonus, talk to trees in town to receive hidden treasure), Sphinx quiz returns, life drops (works like heart pieces in Zelda), fast message speed

+/- Linear and segmented level structure, save points (pretty frequent, one or two per dungeon along with heart vendor machines), running set to double tap instead of a button (game uses only three buttons), can only hold one elixir at a time (can't sell/buy extra ones)

- Dumbed down equipment system (you can't carry around multiple swords and there are no spells), sometimes confusing story (you talk to bosses in town before facing them), some short levels (pre-dungeons), the ice palace is pretty tedious (falling over on ice, resilient enemies, three mazes in a row), uneven difficulty (starts out a bit too easy compared to earlier games, bird mini-boss, ice pyramid boss, final dungeon (player can skip past plenty of enemies)), some backtracking (falling down in certain spots forces you to redo the section, water dungeon - you can skip one of them by guessing the lantern order though and the other one rewards you with a life drop), no difficulty options, slight lack of hidden treasures compared to previous games, running doesn't affect jump length

Comment:
Westone at their best in terms of aesthetics and storytelling ("we all hate you"). I prefer the open ended world and faster pacing of the prequels, and the challenge is sorely lacking for the most part, but MWIV offers a charming adventure worth spending time on and is an audiovisual showcase for the MD. A translated version is available for the Wii. 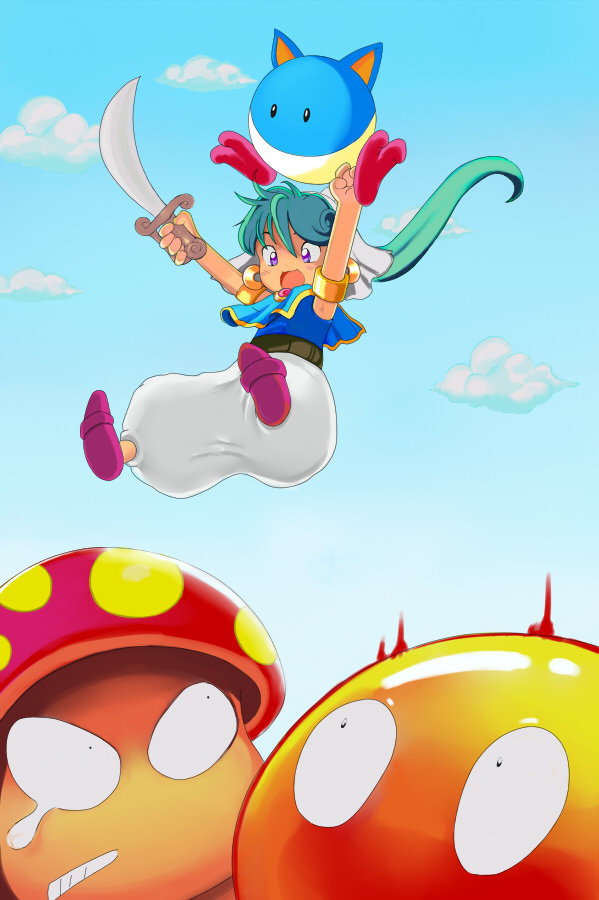