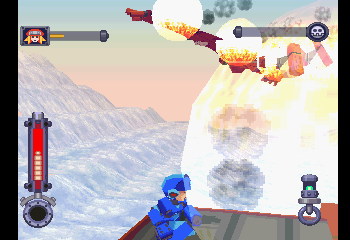 
​
​+
Circle strafing
Auto aiming/lock on-aiming in combat (can lock onto enemies climbing the ceilings, can't move while using it though unlike in TR1-2)
Great art direction overall (some cel shading or a proto-version of it on character faces?)
Pretty nice cutscenes (great camera work and pretty good animation, skippable)
Action adventure elements (buster upgrade parts (number of shots per burst, rate of fire, attack power, range), can also upgrade special weapons in some of these four stats as well as your health bar/e-tank/armor, shops, exploration)
Data the monkey (save point - five slots (shows location and time spent)/recharge/gameplay hints in one)
Some large and detailed models
Strafe dodge move
Auto-fire (shoots in short bursts which can be upgraded to be longer)
Voiced tips via radio during gameplay (similar to Burning Rangers)
Can speed up dialogue text on a per sentence basis (voiced scenes as well; the button also serves as a cancel button though so be careful), decent interaction with the environment in towns (can examine most objects, can get hit by traffic in town, ), NPC dialogue updates throughout the game and there's generally something new happening between each dungeon/mission, auto-mapper dungeon map with mini-map feature (very zoomed in mini-map though and the map doesn't show chests nor dungeon sub area names or floors, you also can't switch between visited dungeon sub areas on the map screen, can't put markers on the map) and town/island overworld map without (this latter map is also kinda vague as it doesn't show your exact location nor most of the buildings), sub weapons/special weapons, melee kick attack (Mario 64), quick turn move (TR1), good bosses overall (climb on top of some bosses to hit their weak points - later used in Shadow of the Colossus, some bosses and enemies can destroy part of the environment and it stays destroyed for the rest of the game - later you can make donations to have some buildings rebuilt which gives access to some side quests), some hidden items (check garbage pails+cardboard boxes in town and small holes in dungeon walls - many of these are empty though and some have crappy rewards, ), pretty good variation (protect buildings from being demolished mission, short escort mission, turret mission of sorts on the boat and later a somewhat freer one on the airship), partial shield mechanic (reduces damage from attacks, recharges itself unless you take enough damage for it to be broken, then you have to go to Data to fix it), jet skates (these let you move quickly at the cost of having slower turning controls (kinda similar to using a Shell in Mario 64) - can't use it to jump longer though and the delay before it activates makes it ineffective in combat, can't be used underwater), some optional side quests, can turn into dark mega man by destroying the red car in town and grabbing the briefcase full of money after watching TV in the flutter (big airship), quick travel with the support car/van (can be called from anywhere except dungeons and the big airship, only to a few locations at first but more are added as you visit them after getting the walkie-talkie), decent mini-games, minor aim assist (can't be turned off), in-game epilogue (Toejam & Earl?),

+/-
Mostly linear structure (you can sometimes choose between two dungeons but you're guided towards the "right" one and picking the other one is kind of redundant since the game doesn't let you explore it fully at that point, you'll gain new abilites over the course of the game which let you explore previous areas fully)
More story focused than previous MM games
No backward dash
Cutesy/light-hearted tone
Average voice acting and mostly cliché writing
No in-doors maps in town
Your mines don't hurt you if you stand right next to an enemy and drop them - this does a lot of damage quickly
Enemies don't drop ammo/special weapon energy (can only buy one ammo tank at a time and it can't be upgraded unlike the e-tank/canteen)
Can't enter most regular houses in town
Some invisible walls
Can shoot faster manually by moving forward slightly between shots, can partially see through some walls in dungeons (lets you spot some enemies), unlockable difficulty options (start with some equipment in Easy mode - have to either beat hard mode (enemies do more damage and take more hits to kill) or beat normal mode in three hours or less though for some reason, unskippable staff roll), the game outright expains how to beat some more bosses instead of giving you clues, can't ask roll or data about the stray cat, can't switch special weapons on the fly, Roll has a more active role than in previous MM games (she can also get on your nerves a bit during missions with super obvious hints or general stupidity but overall it's an improvement and her comments won't pause gameplay), overpowered shining laser special weapon, no buster charge shot and no wall jump (MM/MMX), grand grenade is OP?

-
Some enemies won't even react if shot from far enough away
Some control issues (very short invincibility time means you'll get hit several times in a row by some attacks and can get pinned down by multiple enemies in some situations, can't change targets while auto-aiming, the auto-aim gets weird when fighting the Bruno robot in the old city, the game is overly picky about your positioning when collecting gems and opening chests (breaks flow a bit, gems dropped by enemies also disappear after a few seconds - this is to make the vacuum arm special weapon useful as it pulls them towards you which is kind of lame when you can only equip one at a time (at least the range and speed is good when it's upgraded)), have to touch a tile for the auto-mapper to fill it in which creates situations where it looks like there might be a path where you haven't explored 100% of a room, minor delay after jumping and side dodging, some delay before using certain special weapons (and not being able to move while shooting) make them near useless against some bosses, can't look around/aim while moving, can't move backwards while shooting)
Only partial control options (can improve the mappings in emulation though)
Some dead space and some backtracking (can't take the van to the northern plains)
Sometimes uneven difficulty (easy final dungeon followed by a surprisingly tough boss (not that hard if you strafe and learn the pattern though or if you've upgraded everything), pretty easy air battle mission, kinda tough rescue the buildings mission right after the second boss since there are no energy/ammo drops from the enemies and you can't access the shop in-between)
Some translation misses ("what do you think? yes/no" - about what?)
No mini-map or proper map in the overworld
Some trial & error (getting one of the parts for the shining laser, using the dodge is worse than just strafing against some bosses like Eden, can't ask any construction worker about who has the pickax, finding the saw, you're not told that the painter you helped goes to the art museum and that it's now open (have to find and read a small news post in the police station), the small holes in dungeon walls can contain items, some side quest use for some of the seemingly pointless shops in town, sidestepping in the "kick the ball"/beast hunter mini-game is pointless)
Some meaningless dialogue choices
Some special weapons aren't very good (drill - good for destroying certain walls at least, grenade, blade, shield - can't move nor shoot at the same time, machine? - avoid upgrading its special (spread))
The devs expect you to grind a bit and get good upgrades so it gets a lot harder if you don't (enemies do a lot of damage, many enemies take a lot of hits to kill with the buster and health drops are somewhat rare), the underground city segments are a nice idea but kinda short and underdeveloped (basically three large square rooms and you can't go inside the buildings),
​ 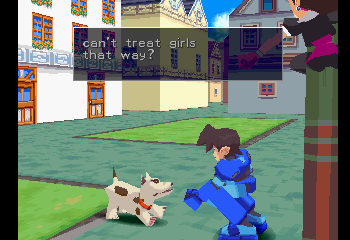 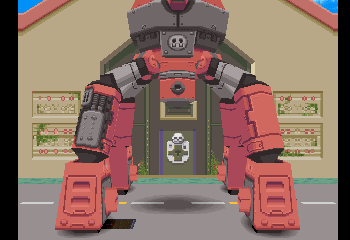 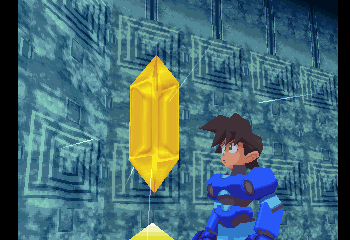 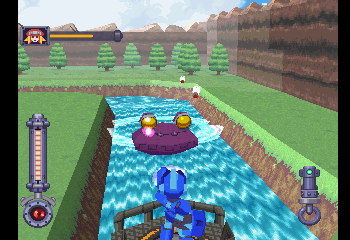 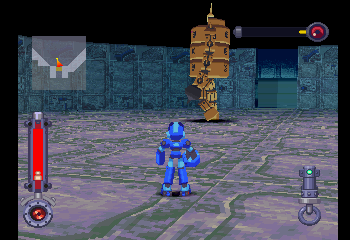 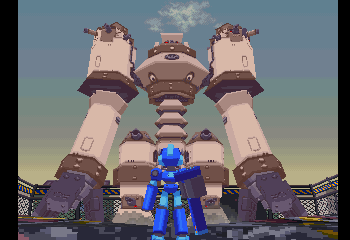