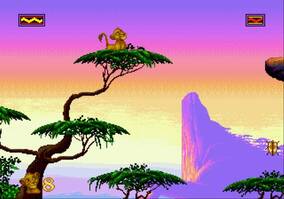 
Compared to SNES ver:
+
Easier bonus levels (with more continues handed out)
Higher resolution
Better clinging controls in some parts (the ones where the you cling on to small ledges attached to a wall)
Slightly faster?
Nicer transition effect in the beginning of the second level