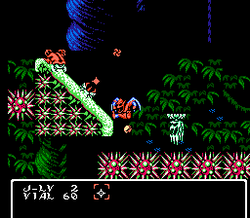 +/-
Respawning enemies (when you move to where their spawning point is off screen), no world map?, instant death from fire pits (near pixel perfect jump required at one point)