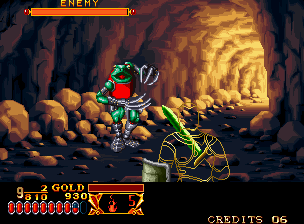 
​
+
2-player co-op
Mixes FP combat with RPG/AA elements (choose your path for the first three levels, shops, NPC encounters)
Upgradeable lifebar
New weapons have a new spell attack
High and low attacks+blocking
Special attack (works like a desperation attack if used when attacked or holding down at which point it also knocks back the enemy, works like a ranged attack if you hold up, always drains some life), some interesting magic attacks (area of effect stun, temporary shield, smart bomb, transform enemies into harmless scarecrows), good bosses overall, large and detailed sprites, some branching paths (select from a menu which route to take), difficulty options (8 levels (default is 4) however it only affects enemy HP when lowered)

+/-
Fairly easy to miss gold loot from enemies (bounces upward and then falls off screen - usually while you're fighting other enemies) Can't jump backwards like enemies do
It's sometimes better to move sideways and interrupt an enemy's attack instead of blocking
Basic hit combos (mash one button)
The red axe is overpowered (16 charges of temporary shields) – so is the scarecrow sword (ammunition route in the castle) except it doesn’t work vs. bosses

-
Long and repetitive
Overly drawn out final boss fight
Quite hard to read an attack's height quickly enough (especially vs. the second boss and some later enemies)
Can't switch back to a previous spell after buying a new weapon (need to repurchase the weapon)
Little HP refill after beating a boss
Trial & error (boss patterns), can't speed up some dialogue text (can speed up in-game cutscenes though), can't buy healing items for later use, cheap second boss (barely gets stunned when blocking and can cancel your combo and hit you right away), a bit tricky to judge the distance vs. the giant flies and the height of fireball attacks, the special ranged attack is too hard to hit with, some sprites are rather dark, can't move all the way to the left or right (means you can't dodge the undead knight's magic attack except with a desperation attack), some annoying music
​ 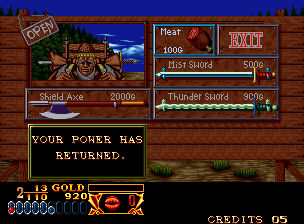 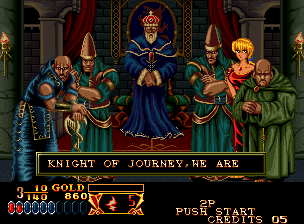 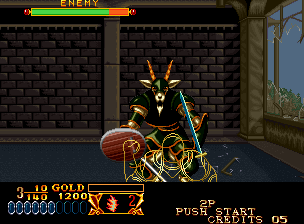 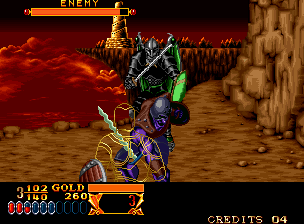 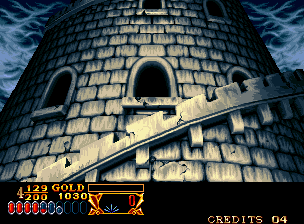 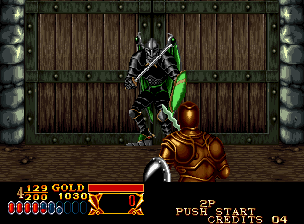 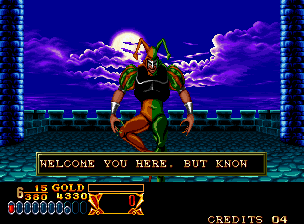 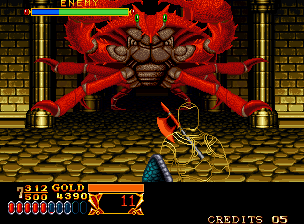 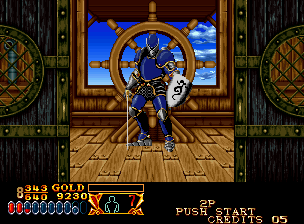