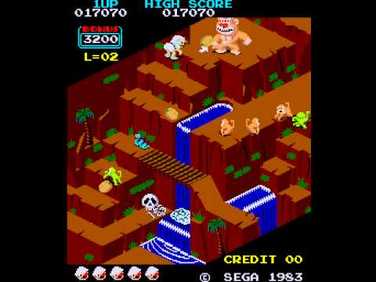 -
No in-game music
Unforgiving hit detection
Some annoying sfx (rhino)
Some control issues (sliding physics after the slope in the first level - keep sliding despite jumping in the opposite direction - need to slow down and then jump sideways (you're also not introduced to this until the second loop since a green monkey stops your slide in the first one, climbing too close to corners makes you get about halfway up then fall back down a bit over and over), it takes longer to crawl out of a hole to the side instead of forward, )
Trial & error (mechanics)
No power ups? (not even any visible point items though you do get points from going into the holes in the third level), gets repetitive after the first loop