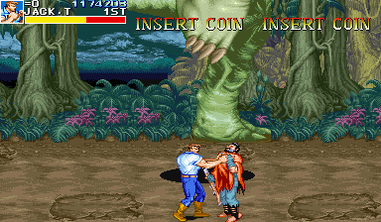 ​+
3-player co-op
Pretty fast paced
Running (can even turn around while running)
Two jump attacks and running attacks
Can jump sideways (the jump is vertical-focused like in Contra though)
Throw objects and weapons, ranged weapons (can walk while shooting using the machine gun; Growl), four different playable characters, good bosses overall (some with multiple phases), some funny lines and voice samples (I'm a bad mamba jambo, That's goood!, Mutating is such a rush!), great visual variety overall, car segment, difficulty options (two different sliders - one with 8 levels and one with 4, credit worth, starting lives, 1-up reward for points intervals), some very large and detailed sprites, pretty nice boss introductions, some dialogue during gameplay, can blow smaller enemies to bits with the bazooka (Growl), very good art direction, many sprites on screen at once with no slowdown (1-player), some destructible set pieces, one team move (temporary invincibility – stand close and above a teammate for about 2 seconds), enemies are also affected by hazards and explosions from other enemies' thrown grenades, decent cutscenes (artwork stills and text) and in-game cutscenes (can skip or speed up most of them)

+/-
Forgiving hit detection overall (around grenade explosions, your punch takes priority when most enemies do running attacks, can hit enemies on higher ground while on lower ground moving up against the wall)
Guns are relatively weak even with the woman
Borrows some stuff from Streets of Rage 2 (how enemies kneel while waiting for you to move up to them, how certain enemies behave, how desperation moves work)
Relatively weak dinosaur enemies
Start with a bazooka after using a credit (there's also a smart bomb attack of sorts that happens when you lose a life - similar to Growl)
Only one player can control the car (a motorbike segment where every player had their own bike might've been cool) but it's a pretty short segment, can cancel a throw animation into a special attack/desperation move, can dodge certain projectile attacks by sliding but only as one character (Jack), can stand in the flames in the fifth level, minor stealth element but it's inconsistent (firing a gun or trying to hit a sleeping dinosaur doesn't wake it up - only an enemy hitting it does)

-
Pretty repetitive after the first four levels or so (repeats the first few enemies a lot)
Minor control issues (running doesn’t affect the length of a sideway jump, double tap to run - not as comfortable as having a separate button and you can do it by accident, kind of tricky timing on the alternate jump kick move, your char auto-drops a weapon after it runs out of ammo)
Trial & error (sometimes inconsistent hit detection where an enemy attack takes priority over yours, later boss patterns)
Not enough pits to throw enemies in (in some parts there's an invisible wall where there should've been a pit)
No dinosaur mounts
Only one car segment, gets a bit too overwhelming later on in 1-player mode, few grab moves (punch or throw in either direction), no branching paths, some waiting for enemies to come back on screen, short third level, only one desperation move per char


Comment:
​Just finished the game in 1P mode. This might not be the most original beat 'em up out there—it feels a lot like a mashup of SoR 2, Growl, TMNT 4 and Final Fight—but it does manage to distinguish itself through the dinosaur/dino mutation theme, some colorful characters, a great synth rock/jazz rock OST and several minor but important design choices that make it play really smoothly. For example you can jump sideways, keep running while changing directions, and if you grab a machine gun you can strafe while mowing down a whole group of enemies like domino pieces (which also happens rarely enough to not get old). It all comes together quite well and elevates it to being one of the best brawlers I've played so far. 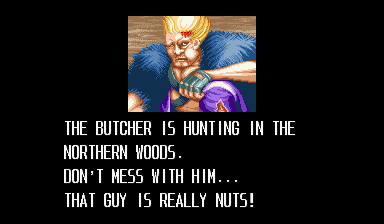 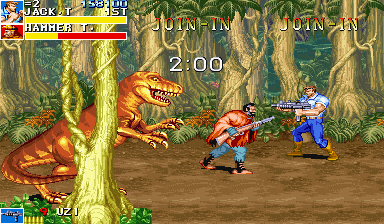 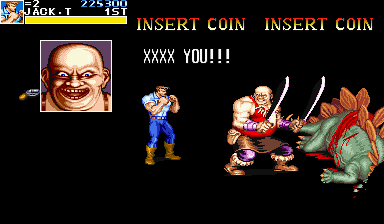 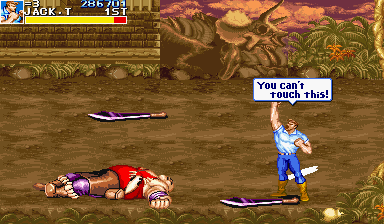 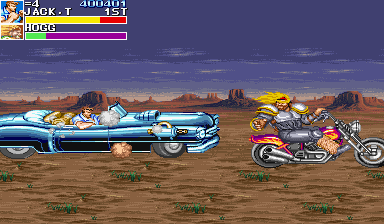 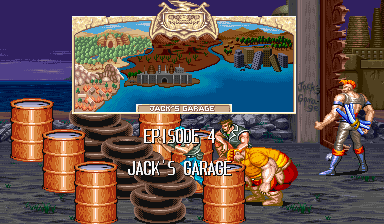 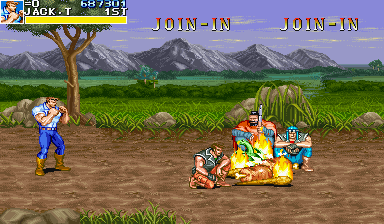 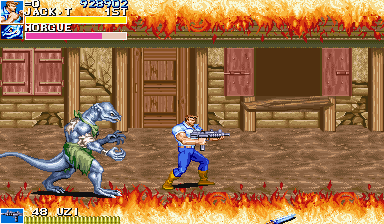 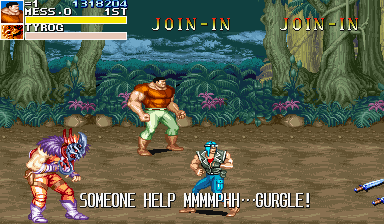 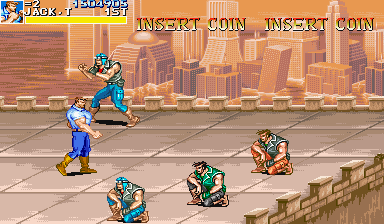 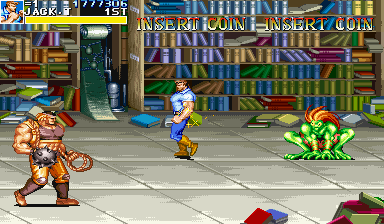 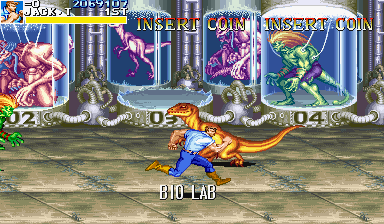