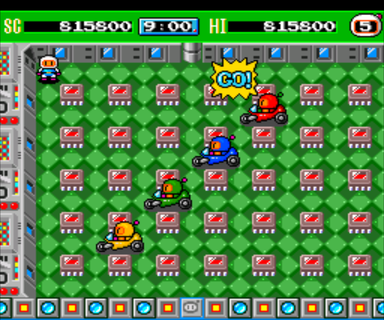 +
5-player vs. battle mode (also supports link battle on TurboExpress, can select how many players to have (2-5), any player slot can be switched for a CPU player)
8 different battle mode levels (new level gimmicks - no bomb-tiles, conveyor belt, spinning gate, reviving block, warp holes (random in battle mode); some levels re-use a gimmick and/or use a different combo of two gimmicks)
very good art direction overall
pretty nice intro
boss briefing before each world (similar to ESWAT)
pretty impressive music, good bosses (very good finale: face a rival bombermen gang on bikes before the final boss and the boss itself has three phases), remote control and walk through blocks and your own bombs power ups (the latter two combined does lower the difficulty considerably for story mode though), bomb kick power up, bomb line power up (place a line of bombs ahead of you after placing a bomb - how many depends on how many extra bombs you have), +1 HP power up (story mode only, doesn't stack?), stopwatch power up (freezes enemies, story mode only), bomb vest power up (temporary invincibility from blasts, story mode only), save and password features (pretty short), pretty long (9 worlds with 8 levels each), some creative enemy design (dodging enemies, enemies that destroy blocks, enemies that destroy your bombs without triggering them, enemies that split into two smaller ones after one hit, mine laying enemies), decent cutscenes (scaling effect in one cutscene), many sprites on screen with little to no slowdown
​​
+/-
Linear structure
bombing the exit in a level makes it spawn 2-3 more enemies, more forgiving negative power up (temporary effect, does one of four things: makes your blasts tiny, makes you super fast, makes you unable to drop bombs, reverses your controls), affected players will infect other players by touching them, some point items, clogs/slow down power up (story mode only)
killathon (have to kill all enemies to open the exit in a level)
only extra bomb/blast/speed power ups are kept after dying in story mode
no combo kill bonuses?
since you respawn at the second to last boss after dying to it or the final boss it becomes harder to beat after dying (no chance to pick up more power ups like a heart),

-
No 2-player co-op for the story mode
pretty slow default speed in story mode and you can only gain one power up per level (besides stopwatches)
no CPU difficulty options (they kinda suck)
some trial & error (have to find the exit in each level (at least the game shows where the power up is after beating all enemies), boss patterns)
battle mode doesn't have certain power ups (remote control, walk through blocks/through bombs, +1HP, vest)
​can't toggle any power ups in battle mode, no regular speed power ups in battle mode, pretty repetitive story mode (many enemies look different but act the same, repeats various gimmicks, you keep finding power ups that you already have/have a full stock of), can only upgrade your speed once in story mode?, have to lose a continue to save?, 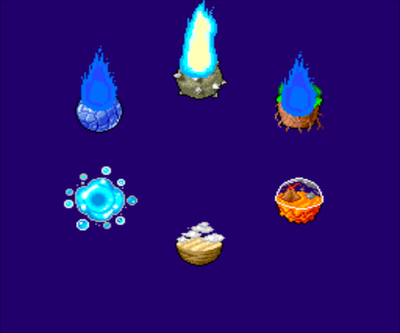 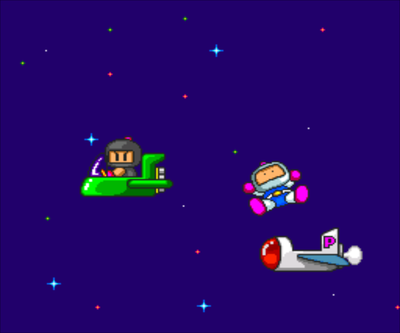 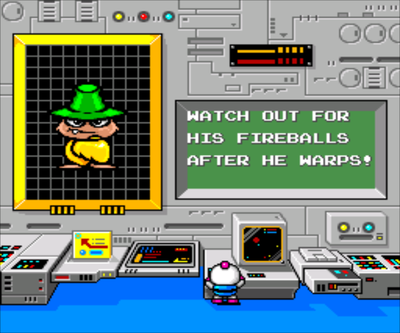 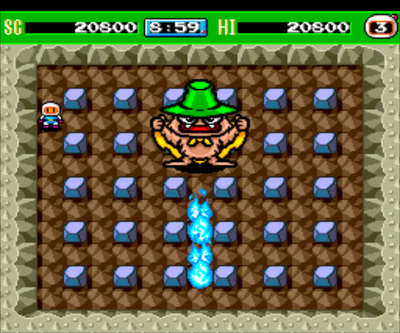 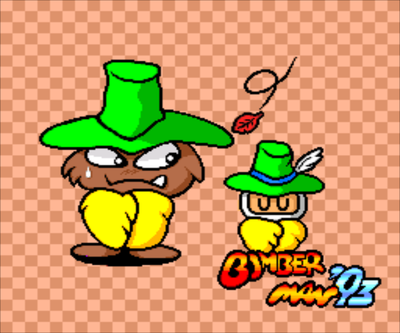 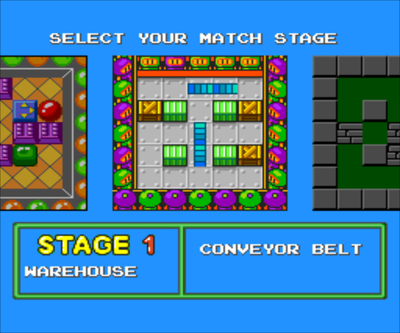 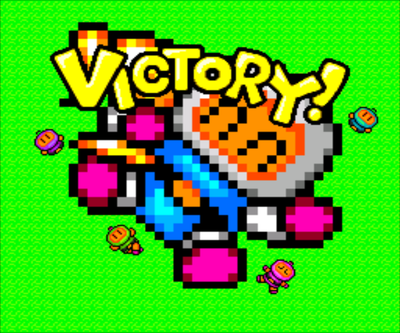 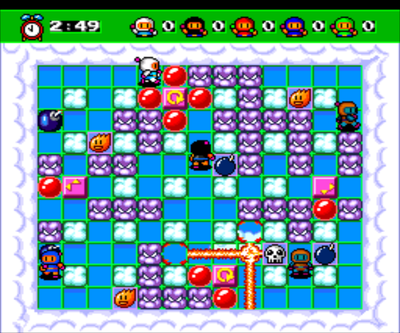 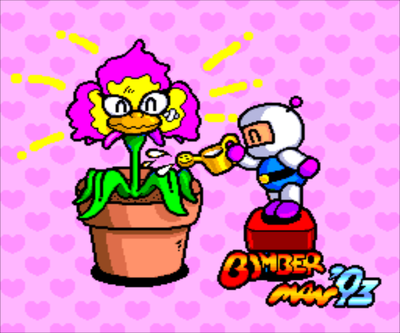 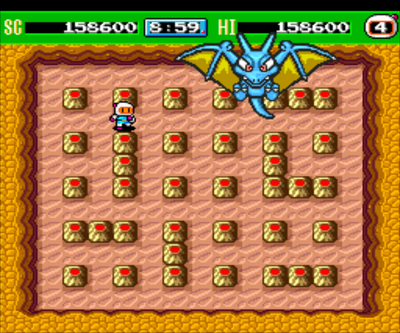 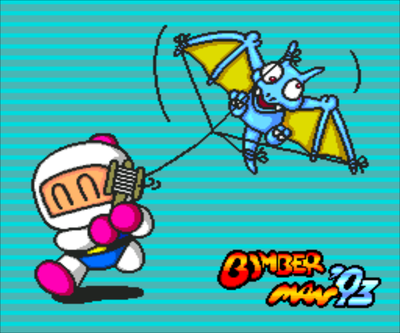 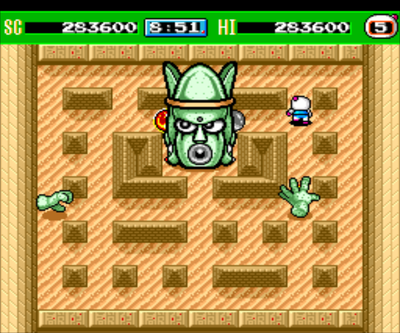 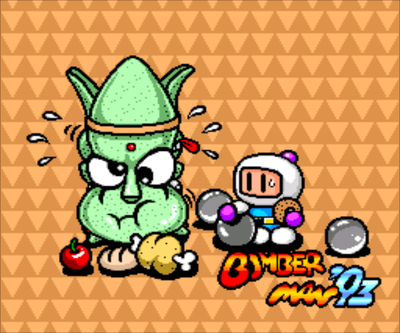 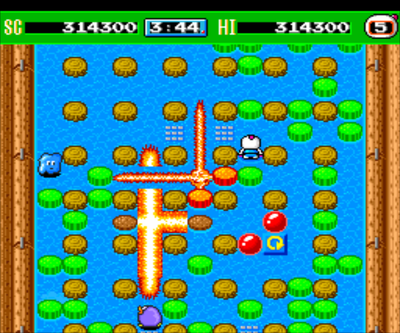 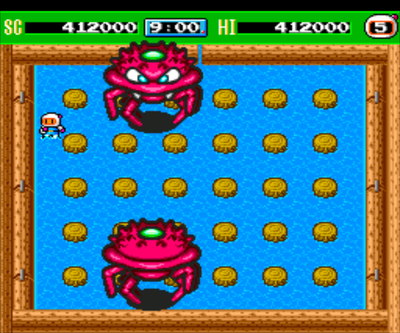