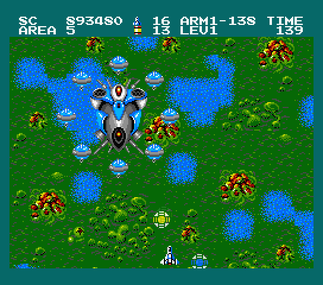 
​+ Nice cutscenes, great art direction overall, mini-bosses, well-sized weapons arsenal (6 special weapons with 5 (!) levels of upgrades each, many levels of upgrades for the main gun), frantic action, respawn on the spot (with the default special weapon and lowest levels - not enough later on), good sound effects overall (the blocked shot sound is a bit annoying), good length (8 pretty long stages), pretty good variation, better pacing, special weapons no longer fly upwards after you shoot the containers (made it easy to miss them by shooting the containers right after they enter the screen), Landar power up (fully upgrades current special weapon, rare), smart bombs (trigger upon touch though and are often handed out when not that useful), temporary shield power up (spinning ball - can be stolen by bosses, can have three at once but it's hard to achieve this until level 5 or so), adjustable speed (pause with page up key and choose between 10 speeds), choose starting special weapon before beginning, a couple of voice samples (scratchy though), good bosses overall (some with multiple phases)

+/- Can't make weapon power ups switch weapon so upgrading certain weapons takes a while (maybe there's a random element to it as well?), can switch weapon without losing your current upgrade level but it costs the P upgrades you've collected (which strengthen the main gun? - its current level is kept though), timed/ammo-based special weapons (means you can't abuse the best ones) - paused if you don't use them, quite similar to Zanac and the first Aleste, female protagonist, hidden options menu (difficulty options (3 levels) and sound test) - hold End/select while booting up, unlimited continues?

- Need to stick with weapon 0 throughout the first level or the game is insanely hard early on (enemies take too many hits to kill on Normal), no weapon inventory, slowdown and some flicker, some near useless weapons, very hard to recover after dying (lose all special weapon and main weapon upgrades), timed bosses (you'll have trouble killing some of them if you're not powered up), trial & error (some bosses, attacks from behind, flicker on enemy shots during the level 7 mini-boss, some level 8 hazards),


Comment:
Great 8-bit shooter and I feel it's the first one by Compile to reach the standards you'd expect from them after playing games like MUSHA or Gun Nac. Although the game is missing some of the more unique ideas of Zanac, the added variety, better pacing, and excellent presentation more than make up for it. It even features some nice animated cutscenes reminiscent of Robotech. Unusually for them, it's hard as hell on default difficulty but on level 1/easy it becomes fairly reasonable if you've played a few vertical shooters before.
​ 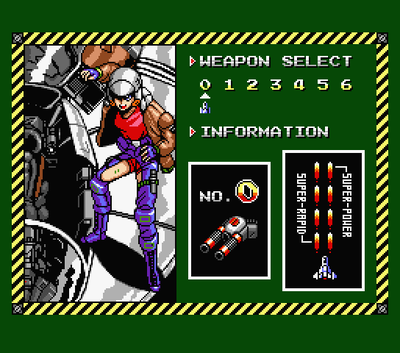 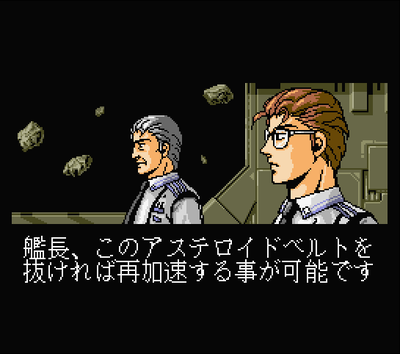 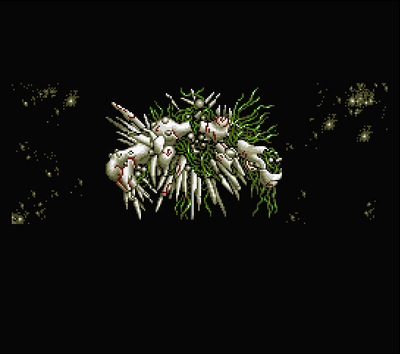 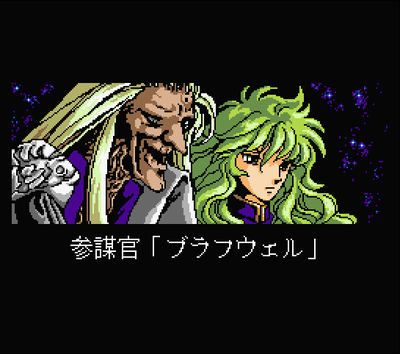 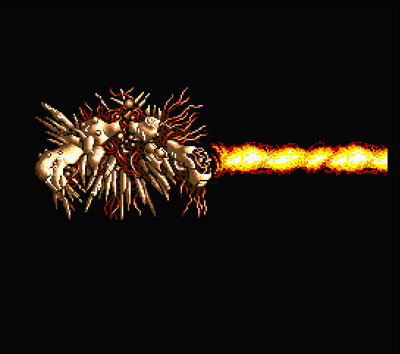 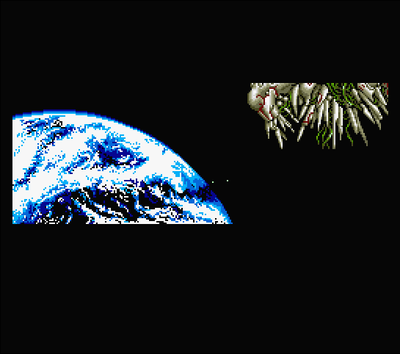 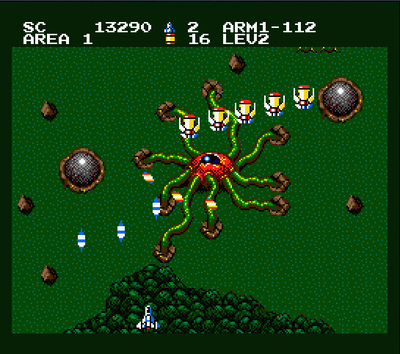 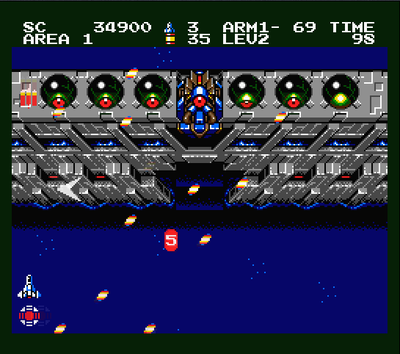 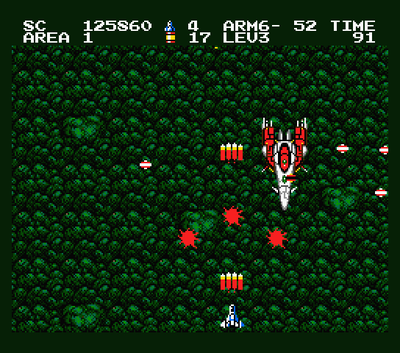 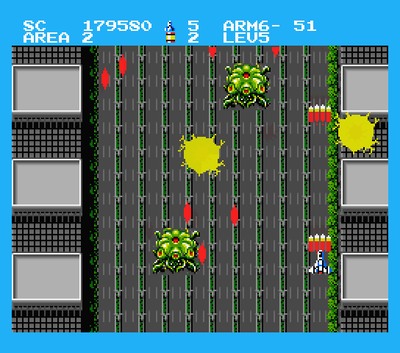 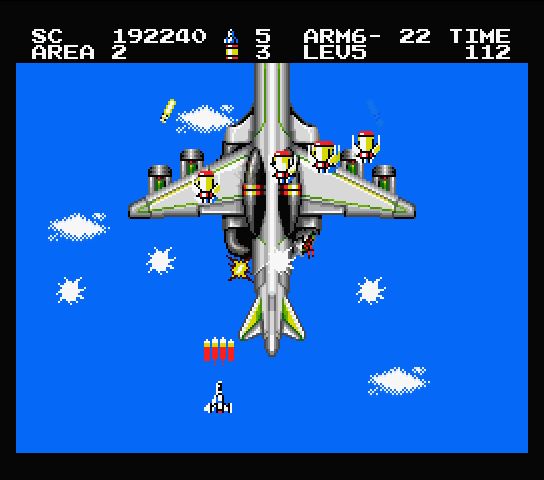 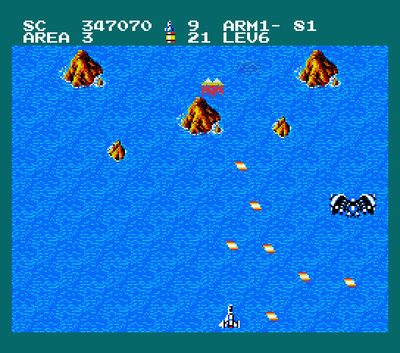 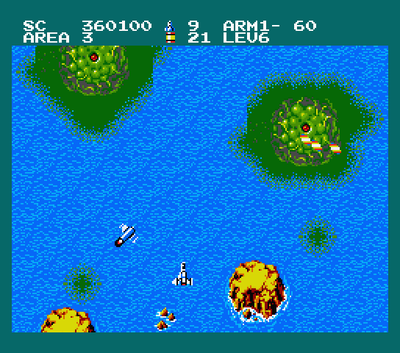 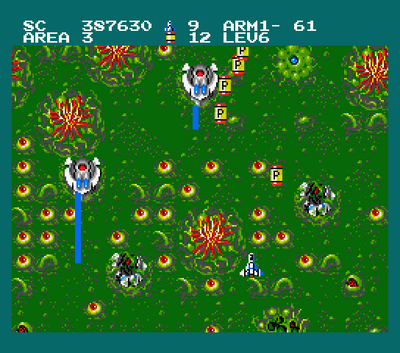 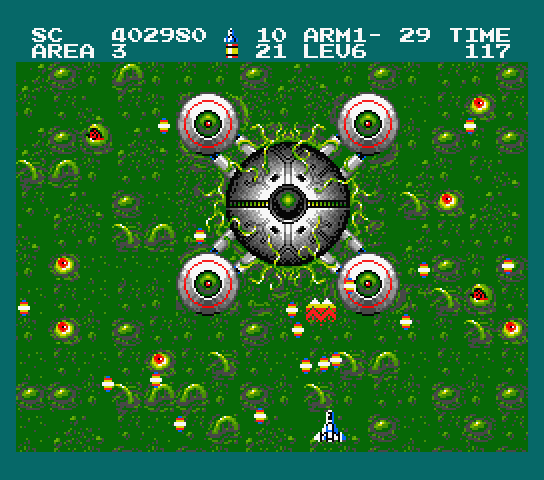 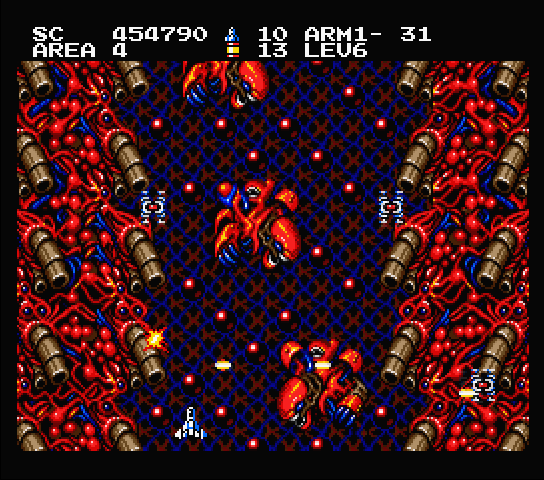 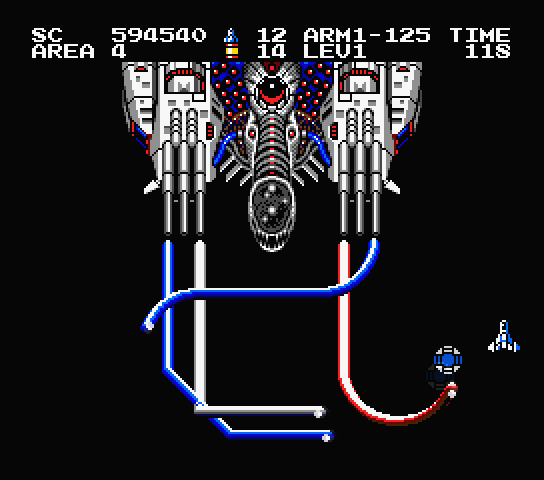 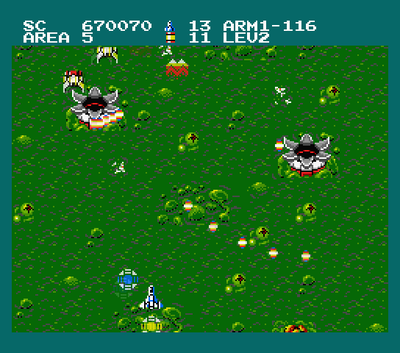 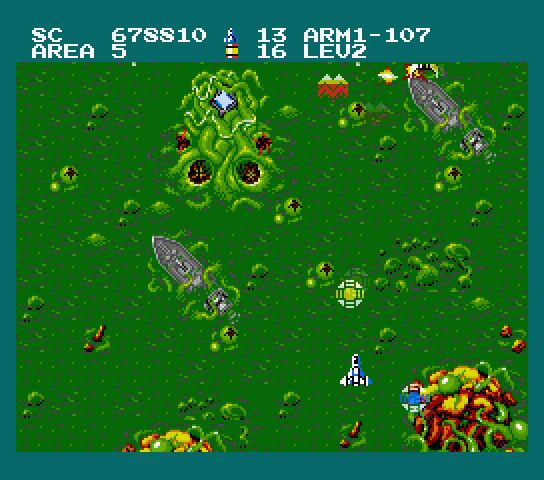 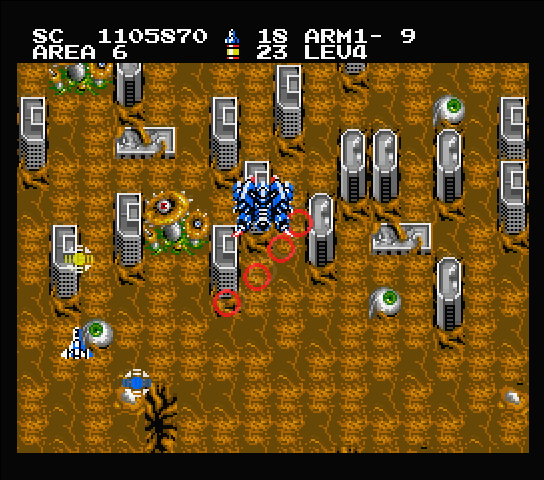 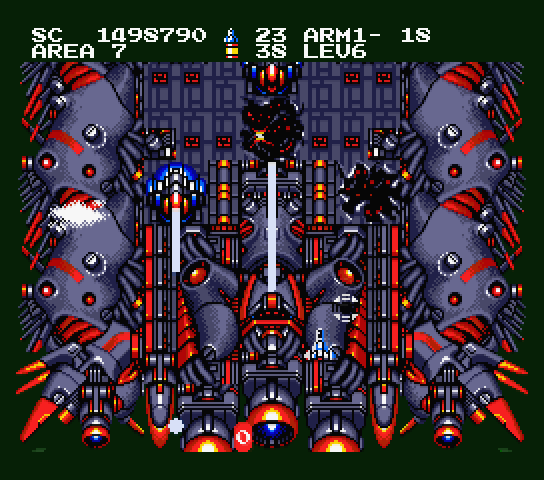 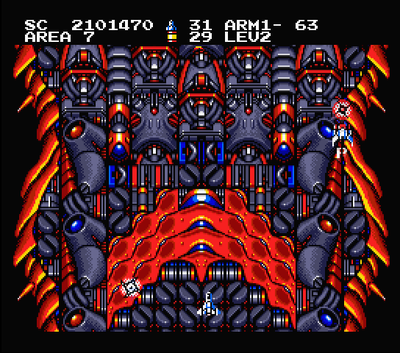 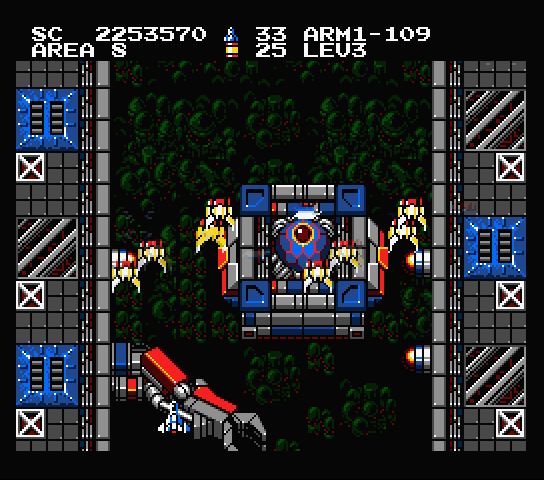 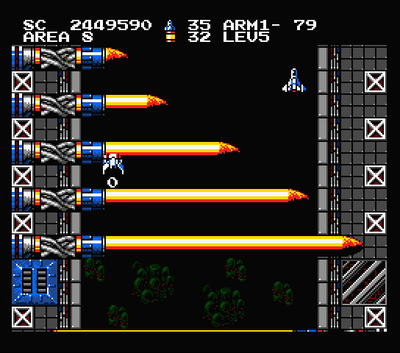 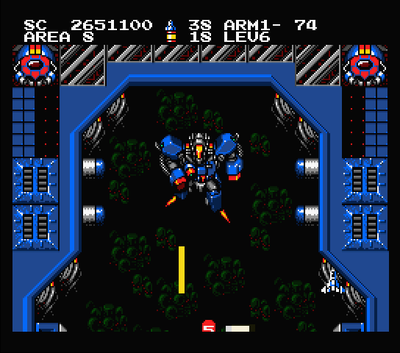 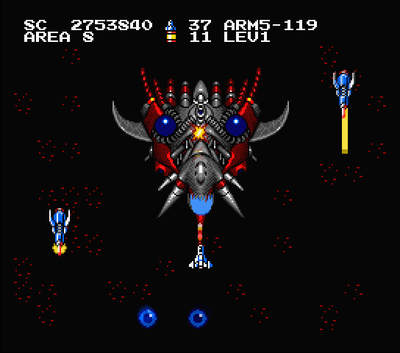